On Her Majesty's Pawsome Service 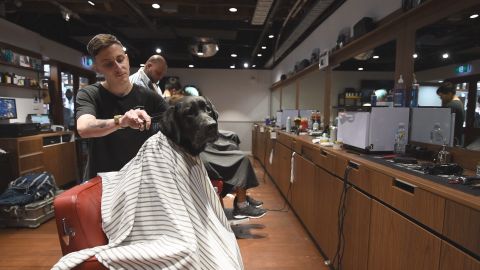 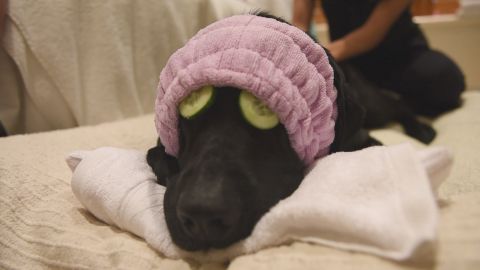 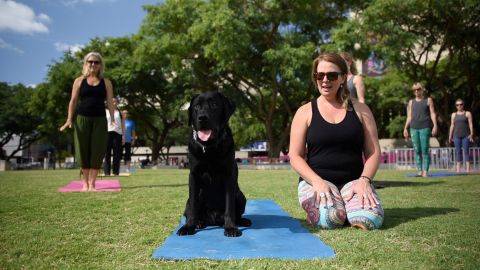 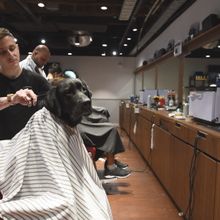 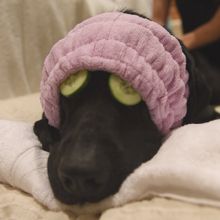 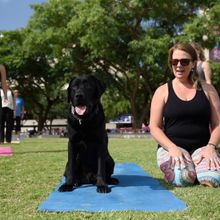 Boss is Gerrard's fifth guide dog and has the 'biggest personality'. But he's tired of being left on the sidelines when Gerrard heads off on adventures – whether climbing Mt Everest, skydiving, scuba diving, surfing or competing in endurance events (triathlons, IRONMAN challenges, ultra-marathons).

That's all about to change. At least for one 'race of sorts'. Gerrard and Boss have been selected among 1,800 Queenslanders to carry the Queen's Baton on its final journey to next month's Gold Coast 2018 Commonwealth Games (4-15 April).

With Gerrard in training for the 2020 Paralympics (triathlon), Boss decides it's time to get race fit. After all, the pressure's on to make HM The Queen – and her Corgis – proud!

Cheer them on! Boss and Gerrard step up as Batonbearers on Day 95 of the Queen's Baton Relay.

Meet Boss' boss: Gerrard Gosens OAM never does anything in halves. Whether setting a goal to climb Mount Everest, making the finals as the first blind contestant on Dancing With The Stars or creating the world's best chocolates. Nicknamed 'Charlie' after Charlie and the Chocolate Factory, he's Brisbane's only Belgian chocolatier, at the helm of Chocolate Moments, comprising two stores in the heart of Brisbane CBD.

High on energy, Gerrard's other passion is competing in endurance events. He's run 2000km from Cairns to Brisbane five times. After representing Australia in long distance running (5000m, 10,000m and marathon), including at the Sydney 2000 Paralympic Games and 2008 Beijing Paralympic Games, he switched to triathlons.

A sport he literally fell into! That is, after a 'two-legged' guide led him into a pot hole in 2015. During swimming rehab for a resulting knee injury, Gerrard teamed up with triathlete Troy Grice. The rest is history. To date, Gerrard – a regular face at Queensland's endurance events, including the world's biggest triathlon during Noosa Triathlon Multi Sport Festival – has competed in the 2017 World Championships (Paratriathlon) in Rotterdam and World Cup event in Canada. He's ranked sixth in the world.

As for Boss? Gerrard jokes there's no question if Boss could guide him in sporting events, he wouldn't suffer as many injuries. Fortunately, he sees the funny side of the serious business of finding the right human guide to help him achieve his sporting dreams. In the process, coming a cropper more than once: led into parked cars, street poles, trees and even 3m down an ice crevasse when climbing Mt Everest! None of the injuries have yet put him off, including a broken hand, shot knee and lots of bruises.

Did you know? Gerrard was Australia's youngest guide dog recipient at 16 and is writing a book 'My Eyes had a Wet Nose' about adventures with his guide dogs, Joey, Anchor, Summit, Chief, and Boss.