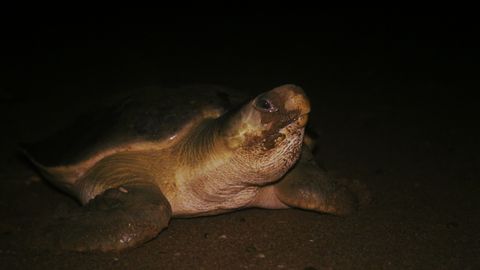 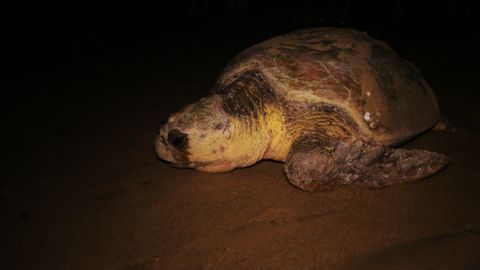 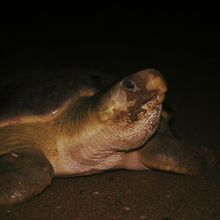 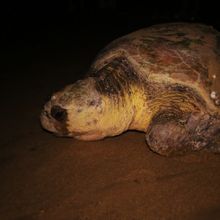 Residents of the coastal Queensland town of Bundaberg and the wider Southern Great Barrier Reef (SGBR) region are celebrating the arrival of the first turtle of the season on Mon Repos beach this week.

Known as the largest loggerhead turtle rookery in the South Pacific, thousands of marine and nature lovers will flock to the area this summer when Australia's only ranger-guided tours start at the Mon Repos Regional Park in late November through to March 2015.

“After seeing the tracks of the flatback turtle we knew it wouldn't be long until we found the eggs,” she said.

“We are excited to report that this beautiful turtle laid her first clutch for the season of 77 eggs on Tuesday evening.”

The area has the heaviest population of nesting marine turtles along the eastern mainland of Australia, and whilst it is hard to predict rangers are confident of another stellar season.

“There is no better place in Australia to experience this extraordinary natural encounter, so we expect this to be a huge drawing card for tourists, both locally and internationally,” he said.

“The opportunity to get up close and personal with these amazing creatures is once in a lifetime for most people, but witnessing them lay eggs, or even watching the first breathes of a hatchling is jaw dropping.”

To ensure the successful breeding of this endangered species, the Queensland Parks and Wildlife Service operates the Mon Repos Turtle Encounter tours alongside the research programs, to engage and educate visitors on turtle conservation.

“We encourage guests to visit our slice of paradise and witness turtles in action over the summer months on Mon Repos beach and our Southern Great Barrier Reef islands, however as turtles are easily disturbed, it is important that watching guidelines are followed,” Mr Matkowski said.

Mon Repos Regional Park is the largest and most accessible turtle rookery on the Australian mainland, located just 15 kilometres north of Bundaberg.

Sea turtles, with their inbuilt GPS, travel tens of thousands of kilometres before returning to the area they were born when they are ready to nest – a 'natal homing' natural phenomenon.

Typically they lay around 130 eggs per clutch, returning every two weeks to nest, and laying up to four clutches per season.

For bookings call 4153 8888 or book online at www.bundabergregion.info.