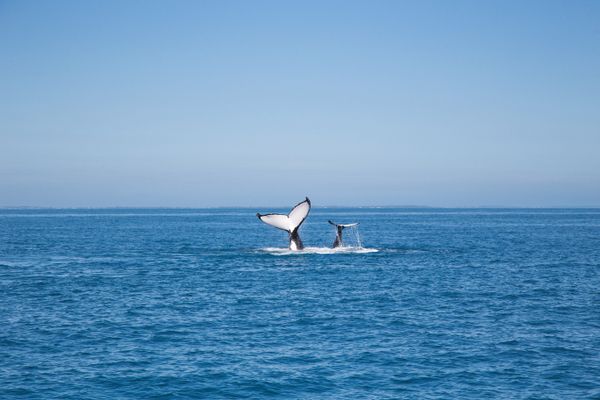 Early August sees the official start to whale watch season and it runs until the end of October. Right now, we're getting a preview and I'm in the thick of things aboard the Quick Cat II with Skipper Brian Perry.