From Whaling to Watching: How Tourism Helped Turn the Tide on Humpbacks 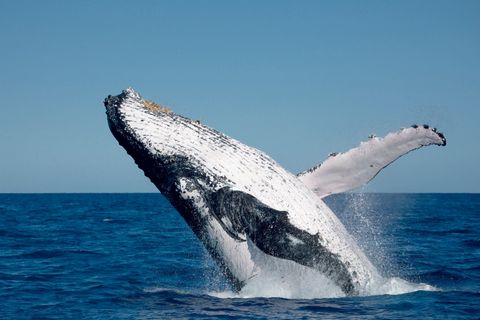 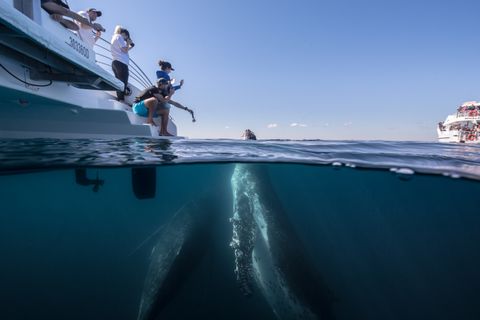 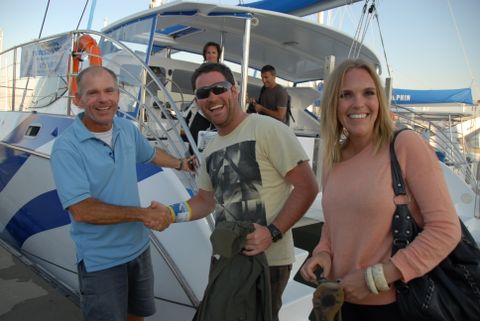 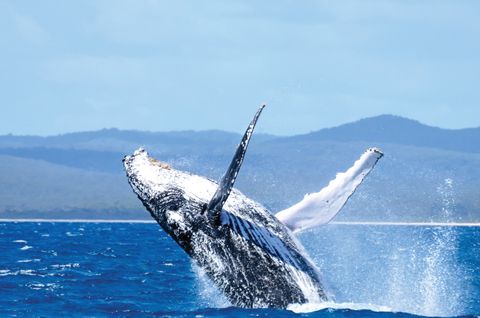 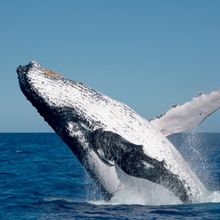 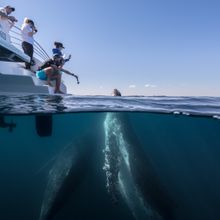 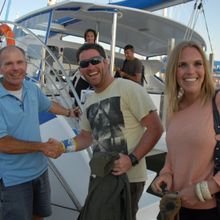 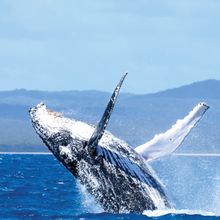 In celebration of World Tourism Day on Wednesday 27th September, that will this year highlight sustainable tourism as a tool for development, Hervey Bay whale tour operator, Peter Lynch, reflects on changes in the industry over the years, highlighting the importance of the Fraser Coast's habitat for humpbacks, with a dream to elevate its status with the World Cetacean Alliance to an official 'whale sanctuary'.

It takes real chutzpah to hold your cool when an animal six times as heavy as an elephant propels its colossal body out of the water and lands with an almighty splash mere metres away but Hervey Bay whale boat Skipper, Peter Lynch from Blue Dolphin Tours, hardly bats an eyelid.

Around 60% of the world's whales can be found in Australian waters, and none are more adored than the humble humpback, with some 30,000 expected to make their way from the nutrient-rich waters of Antarctica to the tropical breeding grounds in Queensland's north this season. But the magic happens on the return journey when, for reasons not yet known, around a third of the herd take a right-hand turn at Fraser Island for a rest-stop in Hervey Bay.

Extensive research by the Oceania Foundation's Trish and Wally Franklin has confirmed Hervey Bay as the planet's most important habitat for humpbacks with a whopping 95% returning to its safe waters each year.  The region is also the only genuine stopover on the southern migration and it's this natural phenomenon that delivers some of the best whale watching experiences this side of the east coast.

Without whales concentrating on swimming north or south, and in the absence of ocean currents on the lee side of Fraser Island, visitors get to see playful, curious personalities of holidaying whales rather than the business side of the migration cycle.

According to Peter Lynch, the numbers of humpbacks migrating through Australian waters is astounding and the interactions even more so.

“Here's an animal that was hunted to almost extinction – commercial whaling boomed in Australia in the late 18th Century; slowed in the 1930s when whale number dropped dramatically and laws were passed to prevent overexploitation; and ceased in 1979 – yet despite this they come back and mill around the boat and look at it – I mean really look at it and at us.”

“Humpbacks are amongst the top five smartest animals on the planet so we have to ask what are they getting out of it? What's in it for them?”

“They're swimming laps around the boats, looking, interacting and filling their days looking at people.  They wouldn't do it if they didn't like it and it's great they aren't afraid. Each year they grow more boat friendly and we have more and more muggings – it's what Hervey Bay's known for.”

Peter says there's something inherently spiritual about the special human and whale encounters in Hervey Bay that keeps watchers coming back for more.

“In Hervey Bay, you're up close. You smell krilly breath in all its glory and, when you get an eyeball from a whale, you know you've been looked at. It's not a blank eye – there's soul, there's life, there's experience. You know the animal has taken it all in. It's not a mindless glance, it's a real look.”

There's been an epic migration of thought over 100 years or so to get to this point. A shift from an over-reliance on whale by-products, like whalebone and blubber, to a focus on conservation and protection and, finally, to recognising the tangible economic benefits of commercial whale watching.

A report released by the International Fund for Animal Welfare* (IFAW) back in 2011 estimated the economic value of a single whale in Australian coastal communities at around $1.25 million in terms of benefits for tourism and employment in region.

The sustainable long-term benefits for both animal and operator cannot be discounted either. With the global growth of wildlife tourism, destinations around the planet have been quick to follow by increasing protections law and whale watching tourism has undoubtedly played a major role in changing the attitudes of governments about whaling, particularly in Antarctica. These days, it's a far cry from when these ocean giants were more valuable dead.

Back in Hervey Bay, the birthplace of commercial whale watching in Australia, tourism continues to turn the tide with moves afoot to have the region awarded Whale Heritage Status – to officially recognise what locals already know, that this place is truly special.

“In the mid-nineties, the whale season didn't start until early August and numbers weren't huge – maybe between 5-7000 whales. Over 22 years we've seen an increase of 10% or better, which is huge for an animal that gives birth every two years,” Peter says.

“The population has come back very strongly, and these days, vessels are out from mid-July looking for whales.  We're definitely seeing more in the bay – quite possibly baby whales have come back as young whales and they're familiar with our boats as their mothers have introduced them.”

But there's a need to protect these ocean giants further and Peter has a dream that the calm waters off Fraser Island will one day be recognised as a Whale Sanctuary. He's recently returned from the World Cetacean Alliance conference in Durban in a bid to elevate the region's status on the world stage.

“People that work here know the difference,” he says. “I often say to guests that on any given day the weather conditions are better than the east coast of Australia, the whale activity is better and the overall experience is unmatched.”

According to Peter, the focus has to be on articulating these differences and shouting it from the rooftops.

“Hervey Bay is a world leader in our whale and dolphin tourism offering and a world class destination in all aspects – vessel design, safety, compliance and sustainability, you name it. We have the best interactions in the world; we're the longest industry with the best government controls and all operators are permitted and eco-accredited.”

“For those on the boats, it's the love of these animals and a passion for the industry that drives us. The thrill of seeing the real enjoyment on the faces of the people you take out. And, when people thank you for one of the best days they've had in years, there's a real sense of achievement in that.”

There's no doubt this is a comeback tale of epic proportions and it's happening right now on our doorstep.  Join Hervey Bay's epic migration from now until October. Visit: http://www.visitfrasercoast.com/whales for further details.