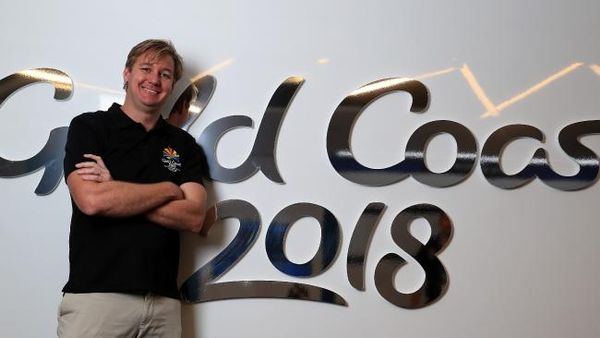 The champion swimmer has been involved in the preparations of the 2018 Games since almost day one when it was indeed just a dream in the minds of a group of very progressive thinking people.

Brenton has an encyclopaedic knowledge of the GC2018 and like everyone at GOLDOC, is working feverishly to ensure next year's event is a huge success.

Brenton had a stellar career in the pool. He is a dual Olympic silver medallist and the former holder of a world record along with Commonwealth and Australian records over 50m, 100m and 200m.

He has six world championship medals including gold in the 100m breaststroke (Rome 2009) and 4x100m medley relay (Melbourne 2007).

Since retiring from competition, Brenton has used the extensive experience he gained as an international competitor to give back to swimming and indeed the larger sporting community.

The Australian Institute of Sport athlete of the year in 2009 (with triathlete Emma Moffatt) was president of the Australian Swimmers Association for six years and spent close to 10 years as a member of the executive.

More significantly, he was part of the GC2018 team that put together a 220-page 'bid book' that was officially submitted to the Commonwealth Games Federation in Kuala Lumpur, Malaysia, in May 2011.

From there, with his fellow GC2018 team members, he waited anxiously as voting delegates from international Commonwealth Games Associations then visited the Gold Coast in the months that followed.

On 12 November 2011, final presentations were made to the Commonwealth Games General Assembly in St Kitts and Nevis by both bid cities, before a vote to decide the next host city.

Back home, thousands of Gold Coasters turned out to the Broadwater Parklands to watch live coverage as the Gold Coast was announced as the host city of the XXIst Commonwealth Games.

Now, with One Year to Go, the Gold Coast's Games dream is just around the corner.

Brenton relies on a simple philosophy as the clock ticks down to the Opening Ceremony on Wednesday, April 4, 2018.

“Find the enjoyment,” he says.

“If you can find fun or satisfaction in the tough situations, then it will never feel like work.”

The full program of GC2018 events will be released in conjunction with the One Year to Go celebrations on April 4, 2017.

The celebrations include special events on the Gold Coast and in Brisbane, Sydney and Melbourne.

To make it fair for everyone, tickets for GC2018 will initially be available via a Ticket Request phase.

Ticket requests will be accumulated over a four-week period.

If there are more requests for a session than there are tickets available, a computer will randomly select orders using a fair and equal draw.

Placing a ticket request does not guarantee success, but it does provide applicants with the best chance to secure tickets for the most in-demand sports sessions.

Tickets to some Games events will be as cheap as $10 for children and $20 for adults with 80 per cent of tickets $80 or less. All tickets include public transport to and from the venues.