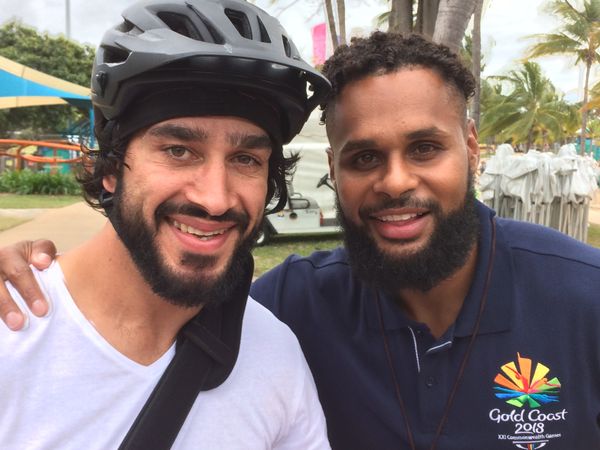 Commonwealth Games visitors to Cairns and Townsville next April can now plan their holidays to ensure they combine all the basketball qualifying rounds action with the tourism highlights of both destinations.

GC2018 organisers have announced the official match schedule that will see the Australian Boomers (men) based in Cairns and the Opals (women) beginning their gold medal challenge in Townsville.

Competition begins on Thursday April 5, 2018 in both Townsville and Cairns – one day after the Opening Ceremony on the Gold Coast.

With Townsville and Cairns gateways to the Great Barrier Reef, , combining basketball with a holiday is expected to be popular for interstate and overseas visitors.

The two tourism hubs are also close to lush tropical rainforest, home to amazing aquariums and boast award-winning attractions including the Skyrail and Jezzine Barracks.

The GC2018 basketball in Townsville and Cairns will complemented by the arts and culture Festival 2018 program that will run in both cities. Acts for Festival 2018 are yet to be announced.

Hosting basketball will ensure an international focus in on both cities during next year's Games.

England and Scotland will feature in the opening game of the men's competition at the Townsville Entertainment and Convention Centre on Day 1, while on the same day the Jamaican and Indian women's teams will open proceedings at the Cairns Convention Centre.

The top-seeded Australian Opals will open their account on Friday, April 6 in Townsville against fourth seeds Mozambique.

The Australian Boomers' first game will be against Commonwealth Games Basketball debutants Canada in Cairns on the same day.

In total, there will be 12 preliminary matches held in Townsville and Cairns between 5-9 April, with two matches included in each ticketed session.

The semi-final and medal matches of the GC2018 basketball competition will be played at the Gold Coast Convention and Exhibition Centre from April 13-15.

It is the first time basketball has been played in the Commonwealth Games since Melbourne in 2006. The Australian men's and women's teams both won gold at those Games.

GC2018 organising committee chairman Peter Beattie said adult tickets to the basketball in Townsville and Cairns were priced from just $30.

“For the people of Townsville and Cairns, this represents a once-in-a-lifetime opportunity to witness world-class basketballers in their own backyard for six consecutive days from 5-10 April,” he said.

Patty made special public appearances on the Townsville and Cairns foreshores, and also visited the Torres Strait Islands, during a recent tour hosted by Tourism and Events Queensland and GC2018.

The tour followed Patty being named as an ambassador for the Games.

Patty, whose family is from Mer Island in the Torres Strait, performed with traditional dancers at each stop on the tour.

“The Torres Strait Islander culture is significant to me because it is who I am, it's who my family is. It's the core of what makes all of us do what we do,” Patty says.

“Dancing is something I can do whenever and at any time that I please. And that's special, really special to me.

“It is also something that I will never forget how to do it. And once basketball is all said and done, it will still be there and I will still be able to do it, just like I always have done.”

The full match schedule can be viewed here: https://www.gc2018.com/sites/default/files/GC2018_Basketball_Schedule.pdf

Tickets to the basketball preliminaries in Townsville and Cairns can be booked at gc2018.com/tickets.

For more information on holidays on the Gold Coast, Townsville and Cairns go to: