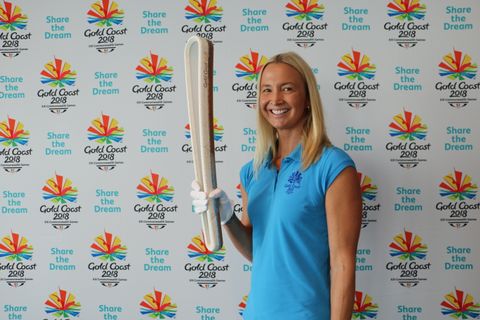 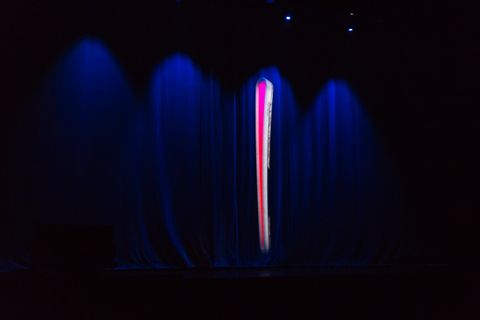 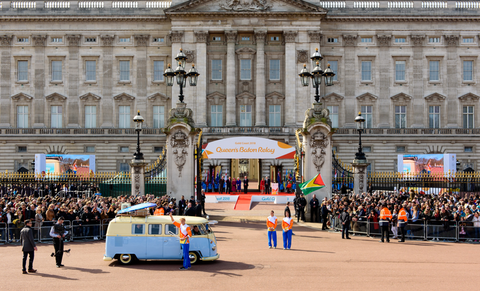 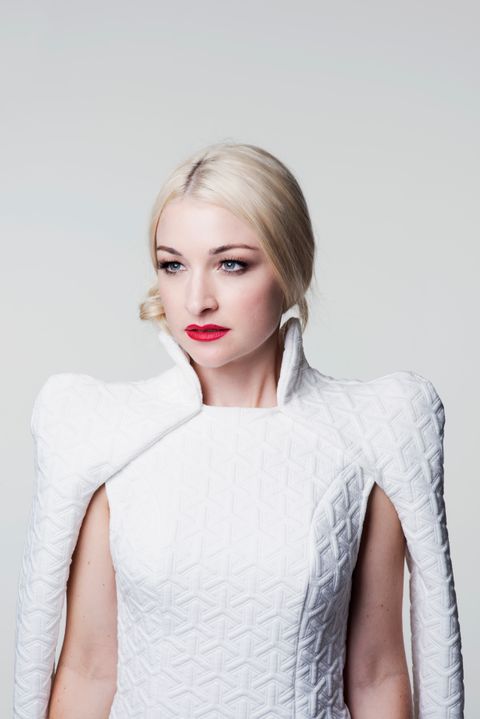 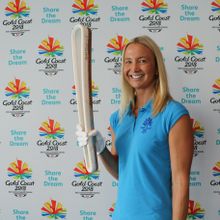 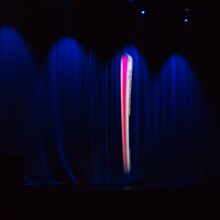 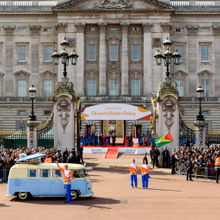 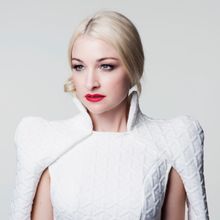 The festive season will get off to a crackerjack start when the Queen's Baton arrives in Brisbane on Christmas Eve ahead of the Gold Coast 2018 Commonwealth Games in April.

After travelling an astonishing 288 days throughout the Commonwealth and having shared the GC2018 dream with a third of the world's population, the baton will become Australia's most celebrated tourist as it circumnavigates the continent on its final 100-day journey to the Gold Coast and the Opening Ceremony on April 4, 2018.

The baton, shaped like a needle eye, is made of macadamia timber sourced from the Gold Coast Hinterland.

The timber is fused with recycled plastic featuring internal LED lighting that projects rotating rainbow hues. The baton is bound together by a platinum band engraved with the names of the 70 Commonwealth nations.

Inside, written on paper made from desert spinifex, is a message from the Queen that will be read by HRH Prince Charles as a highlight of the GC2018 Opening Ceremony.

Getting a jump on another famous world traveller, Santa Claus, the baton will touch down in Brisbane on Christmas Eve morning after visiting New Zealand.

From its arrival until January 24, the baton will engage with thousands of Australians at popular summertime events, iconic locations and children's hospitals around the country.

Queenslanders will get the chance for a first glimpse of the baton when it makes special appearances at events and locations including the Brisbane International tennis (January 6 and 7); Stradbroke Island (January 8); the Magic Millions draw on Surfers Paradise Beach (January 9) and the Gold Coast Hinterland and Q1 observation deck (January 12).

A more traditional baton relay starts in Canberra on January 25 before continuing in the hands of more than 3800 baton bearers through every state and territory.

It returns to Queensland on March 3, touching down on Horn Island in the Torres Strait.

It then begins an amazing lap of the state in what would be a dream itinerary for any tourist in Queensland.

The baton will experience everything from the bold and beautiful Outback to the lush green Hinterland of tropical North Queensland.

It will be immersed amid the colourful coral of the Great Barrier Reef, traverse the pristine sand of Whitehaven Beach, power down the rapids of Tully Gorge and ride a seaplane to Eurong Beach on Fraser Island.

In between, it will be carried by hundreds of Queenslanders through cities, towns, suburbs and communities as well calling into dozens of local schools and hospitals.

To see who is carry the baton in your area, view the full Queen's Baton relay street-by-street map: gc2018.com/qbr

The building, buzzing excitement ahead of next April's Games – the biggest sporting event in Australia this decade – has also been boosted by the unveiling of the gold, silver and bronze medals.

The medals were designed by Stradbroke Island-based Indigenous artist Delvene Cockatoo-Collins and represent some of the natural beauty so iconic to Queensland.

“My inspiration was drawn from the Gold Coast coastline, which for many generations, has been a place for gathering, meeting and sport,” Delvene says.

“The medal design represents soft sand lines which shift with every tide and wave, also symbolic of athletic achievement.”

The patterned ribbon on each medal represents a woven strand of the freshwater reed, yungair.

In an historic first for those heading to the Gold Coast next April, a fun run will be staged on the same roads at the same time as the Games marathon athletes are racing for medals.

The event is called 'Gold Run 2018' and will be held on Sunday, April 15 at the picturesque Broadwater Parklands at Southport.

The fun run will be over 5km on a section of the GC2018 Marathon course as the Games marathon runners head towards the 42km course southern turnaround at Burleigh Heads.

Up to 6600 people will be given the opportunity to take part – a figure that represents the number of athletes and officials coming for GC2018.

To secure your spot in the Gold Run, go to: gc2018.com/goldrun

Another reason to get involved in the Gold Coast 2018 Commonwealth Games is the free Festival 2018 arts and culture program that will run at the same time.

Festival 2018 programs will run on the Gold Coast at venues including Surfers Paradise and Broadbeach and also in Brisbane, Townsville and Cairns

Among the stars already secured for the Festival 2018 program is award-winning Brisbane-born singer-songwriter Kate Miller-Heidke.

Kate is among the acts that will perform on the Queensland Music Stage – a stage dedicated to showcasing the best musical talent from across the state – which will be situated in Surf Parade at Broadbeach.

The full Queensland Music Stage line-up will be announced in February when the Festival 2018 program is launched.

For more information on the Gold Coast 2018 Commonwealth Games™: https://www.gc2018.com/