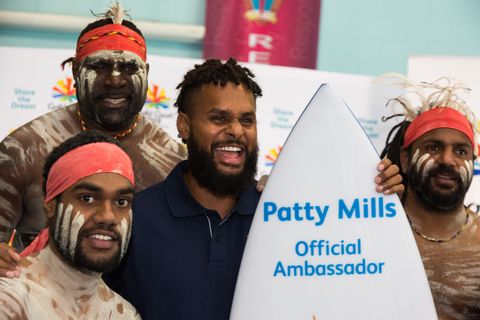 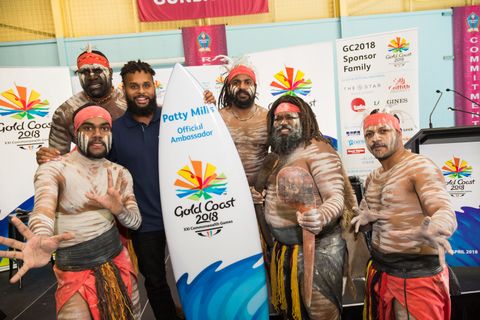 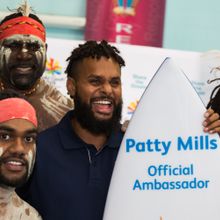 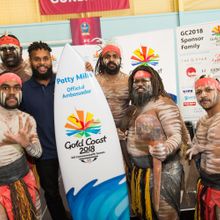 But when it comes to relaxing and having fun, Patty is at home in Queensland, on the Great Barrier Reef, and above all, connecting with his cultural ties to the fascinating Torres Strait Islands in Australia's lush tropical north.

Patty, who won a National Basketball Association ring with the Spurs in 2004 and has represented Australia at three Olympics, has a proud family lineage to Murray Island, also known as Mer Island in the local dialect.

The 450 residents of Mer live on an half-crescent shaped volcano crater covered in rich green vegetation and surrounded by pristine blue waters with an abundance of marine life.

It is the one of the most northern and eastern parts of Australian territorial jurisdiction and an island jewel that must be included in any Torres Strait Islands hopping exploration adventure.

It is also home to a memorial to Patty's uncle Eddie Mabo, whose brave, determined and historic High Court challenge in 1992 resulted in recognition of the rights of Aboriginal and Torres Strait Islander peoples as the traditional owners of their land.

Patty is proud of that history, his heritage and culture. He boasts that his home in Texas is decorated in aboriginal and Torres Strait Islands art and artefacts.

“That helps me educate everyone in America on this unique culture that we have that is so rich and strong,” Patty says.

Patty has been named as the seventh and final ambassador for the Gold Coast 2018 Commonwealth Games.

The Games will be held on the Gold Coast, one of Australia's premier tourism destinations, from April 4-15, 2018, with preliminary rounds of the Games basketball competition to be played in Townsville and Cairns, which are gateways to the world famous Great Barrier Reef.

To mark his announcement at a GC2018 ambassador, Patty was presented with a commemorative surfboard – an iconic keepsake of the Gold Coast lifestyle.

“It's an honour to join an inspiring and talented group of Australian athletes as an official ambassador for the Gold Coast 2018 Commonwealth Games,” Patty says.

“Cathy Freeman (who won a gold medal in the 400m track race at the Sydney 2000 Olympics) has been an inspiration for me, so it's a real privilege to be in the same company as her as an ambassador for a home Commonwealth Games.

“This will be a major event and everyone across the world will be have eyes on it.

“It's great for me to be promoting my country, promoting our indigenous culture and promoting the Gold Coast 2018 Commonwealth Games.”

Patty's commitments with the Spurs in the 2017/18 NBA season will prevent him from joining the Australian Boomers as they go for gold at next year's Games, the first time basketball has been included on the Commonwealth Games program since Melbourne 2006.

He remains passionate about wearing the green and gold of the national team and is envious of his Boomers team-mates who will get to play a major competition in front of home fans.

Patty, 29, is a highly valued point guard for the Spurs. He recently signed a new four-year deal with the franchise valued at A$65 million.

“You pinch yourself in this situation,” Patty says of the rich new contract.

“I am only a little indigenous boy who loves to have a good laugh and have a dance.

“It's times like this that you realise all the sacrifices you do along this journey really pay off.”

To celebrate his new deal with the Spurs, Patty and his partner Alyssa made a special visit back to Mer Island to reconnect with his cultural routes and re-experience the relaxed lifestyle of the island which, not surprising, revolves around the surrounding waters and abundant marine life.

“I went fishing and caught some jumbo crayfish. I've still got it even though I live in the middle of Texas which was good to see,” Patty jokes.

But even more evident than his prowess at fishing is Patty's pride in his culture.

“I love basketball, I love playing it but there is going to be a stage in my career where I am going to have to hang up the basketball boots which is why I am more than happy and proud to have my culture,” Patty says.

“That's something that will never die.

“I can come back always to Australia and pick it up like I have never left.”

For more information of the Gold Coast 2018 Commonwealth Games™ go to:

For copyright-free stories about GC2018 and other athletes:

For copyright-free GC2018 photographs and images of Queensland go to:

For more information on holidays on the Gold Coast, Cairns and Townsville go to: