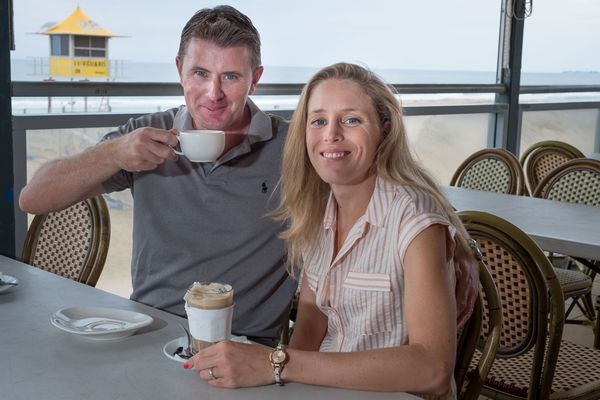 The Derry-born Aileen and her husband David, from Lisburn, moved to the Gold Coast late last year.

Aileen is utilising the holiday hotspot's annual average of 300 days of sunshine to train full-time while David is coaching athletics at the Gold Coast's prestigious Emmanuel College.

The couple lives close to the ocean in the trendy café society coastal suburb of Broadbeach.

Nearby is the  world-class Pacific Fair shopping centre (https://www.pacificfair.com.au/), which has just had a $670 million makeover, and The Star Casino and Hotel (https://www.star.com.au/goldcoast/) which is undergoing an $850 million upgrade and expansion including the construction of a six-star hotel tower set to be completed in time for the Games (April 4-15, 2018).

Aileen, who has been competing internationally in the three-discipline sport (swimming, cycling, running) since 2008, has fallen in love with living on the Gold Coast, which is now just one year away from the 2018 Commonwealth Games (https://www.gc2018.com/).

“When I started competing and started travelling and seeing the world and how amazing it was and going to all these different races, eventually I landed in Australia and thought it was awesome,'” she says.

“Davy really liked Australia too so we just said why don't we just move. We enjoy the outdoor life and we enjoy sport. It is a big part of both of our lives. Why not?

The couple, who met when both were working for Northern Ireland Athletics, has fitted quickly into a lifestyle that includes jogs along the beach, rides into the lush Hinterland and swims in the surf and open-air public pools.

And in between training and work they regularly explore the many restaurants and coffee shops within walking distance of their Broadbeach home. Favourites include the stylish open-plan Koi Dining and Lounge Bar (www.koibroadbeach.com.au), champion cyclist Robbie McEwen's Café Piccolo Espresso on the beach at Miami and the trendy locals hang-out Miami Marketta.

“It is just so right, just so sporty. It is just built for triathletes,” Aileen says.

Aileen recalls one of her first long rides on the Gold Coast which she did with English triathlete Liz Blatchford, who is married to Gold Coast-based videographer and photographer Glen Murray.

“We rode down the Currumbin Valley . . . and we saw some kangaroos then we went to the (Broadwater) Spit and I saw a snake on the ground then I stopped to fill up my water bottle and there was a dolphin in the water.”

Aileen and David have plenty of Games experience between them.

A back injury brought her 2016 season to a disappointing end which has Aileen fired up as she sets here goals for the coming year.

”I am all on for another crack at something,” she says.

Unlike the Olympics where athletes compete as Team Great Britain, England, Wales, Scotland and Northern Ireland all send separate teams to the Commonwealth Games.

The once-every-four-years opportunity to wear her country's colours is important for Aileen.

“I am very proud to be Northern Irish. It's a great opportunity to represent our wee country as we call it there,” she says.

Aileen says there is a tight bond between Northern Irish athletes with many receiving guidance and support from the Sports Institute of Northern Ireland (SINI).

“We look after ourselves, that's what we do. It's almost like a family affair for the athletes and SINI,” she says.

“When you are wearing a Northern Ireland tracksuit, it doesn't matter what sport you are from, Everyone helps everyone. That's what is really nice about it.”

Aileen expects visitors to the Gold Coast for the Games to be impressed with how friendly the locals are. At the same time, she also urges Australians to not just support their home side but to also get behind smaller teams such as Northern Ireland.

“Pick a sport, pick a country, pick an event – get involved,” she says.

“There is going to be a buzz across the Gold Coast and it would be crazy not to be part of it.”