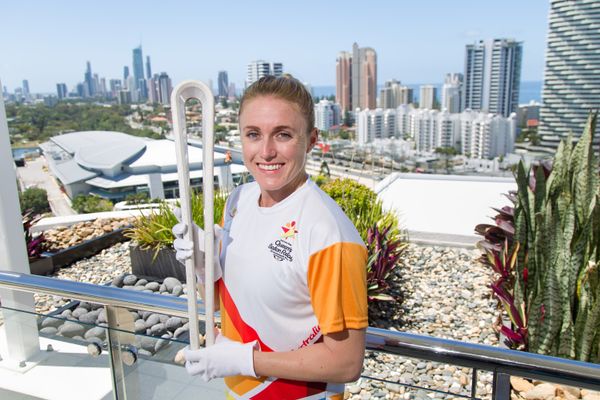 The Queen's Baton journey from Buckingham Palace to the Gold Coast for the 2018 Commonwealth Games will be long – 388 days over 230,000 km – but the final stages will be a spectacular showcase of Queensland.

The longest and most inclusive Baton relay in Commonwealth Games history arrives in Australia on December 25, 2017 – exactly 100 days from the Opening Ceremony on April 4, 2018 on the Gold Coast.

From its arrival in Sydney, the relay heads around Australia before the Baton arrives in Queensland at Horn Island, at the very tip of Cape York, on Saturday, March 3, 2018.

From there, its journey reads like a bucket-list tour itinerary of Queensland.

After heading south on the Cape past Bamaga and Cooktown, the Baton gets its first taste of Outback Queensland with stops at Cloncurry, Mount Isa, Birdsville, Charleville, Longreach and Winton to name just a few of the city and towns it will visit in a south-to-north then north-to-south sweep through the west and central west of the state.

It's then reef and island time for the eyelet-shaped Baton, designed in Brisbane by West End-based company Designworks and featuring macadamia timber from the Gold Coast Hinterland and recycled plastic collected from beaches and waterways.

The Baton's visit to Fraser Island _ the world's largest sand-based island and home to spectacular freshwater Lake Mackenzie _ on Sunday, March 25, is tipped to be one of the many highlights of the relay.

It's then the Sunshine Coast's turn to experience the excitement with the Queen's Baton travelling through Noosa (Monday, March 26) and Caloundra (Tuesday, March 27) before heading to the Darling Downs (Wednesday, March 28) and Ipswich (Thursday, March 29).

Brisbane, which hosts GC2018 cycling and shooting, will host the Baton for two days (Friday and Saturday, March 30-31) with visits to neighbouring Redcliffe, Cleveland and Logan.

With the Games' Opening Ceremony just days away by this stage, the Baton finally arrives on the Gold Coast on Sunday, April 1.

It starts at Mount Tamborine and then follows an as-yet unannounced route across the entire Gold Coast.

At this point the guessing games will also start as to who will have the honour of carrying the Baton into the stadium for the reading of the Queen's message written on a piece of native spinifex paper and placed inside the Baton at Buckingham Palace 388 days earlier.

As well as containing tiny light-emitting diodes that change its colour, the Baton is also fitted with a GPS satellite tracking device that allows its progress around the world to be followed online.

Cyclist Anna Meares, a GC2018 ambassador was the first to take the Baton from the Queen when the relay was launched on March 13, 2017, after parathlete Kurt Fearnley, also a GC2018 ambassador, had delivered the Baron to Buckingham Palace.

“That was hands-down the most humbling, the most unique experience of my life,” the Paralympic gold medallist said at the time.

“It was an amazing experience. I love the idea that there's one baton, one baton that goes from hand to hand across our Commonwealth that starts here with the unique message from Her Majesty and will end at the Gold Coast for our Games.”

Meares passed the Baton to English cyclist Victoria Pendleton, one of her great track rivals, and the  pair circled the Queen Victoria Monument before passing the baton to Australian singer Cody Simpson, who earlier in the ceremony had performed I Still Call Australia Home.

The Gold Coast-born Simpson then climbed into a brightly-coloured Kombi van with a surfboard on top to take the Baton to Westminster Abbey for a Commonwealth Day Service.

During the ceremony Ted Williams, an elder of the Gold Coast's Yugambeh people, delivered an invitation to all first nations people of the Commonwealth to unite to celebrate the Games.

In launching the Baton Relay, her Majesty called for “respect and understanding” across the Commonwealth.

“The cornerstones on which peace is founded are, quite simply, respect and understanding for one another,'' she wrote in a Commonwealth Day message.

“Working together, we build peace by defending the dignity of every individual and community.''