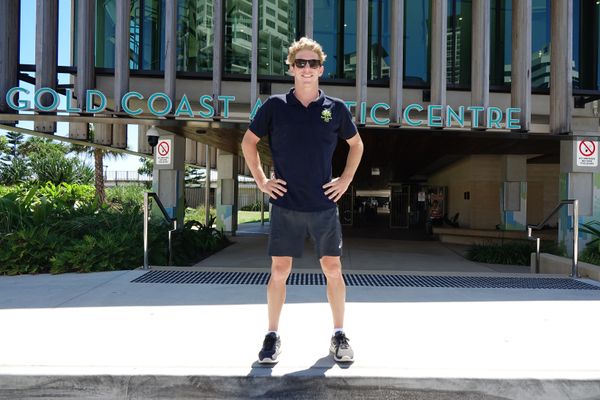 As the One Year to Go milestone approaches (April 4, 2017), selection for the Gold Coast 2018 Commonwealth Games could be just one week away for two Australian triathletes.

Some of the world's best triathletes are headed to the Gold Coast for the second round of the ITU World Triathlon Series on Saturday, April 8 followed by the Jewel Gold Coast Triathlon – Luke Harrop Memorial on Sunday, April 9, which is open to the public (http://goldcoast.triathlon.org/).

The track will be the same as that expected to be used during the 2018 Commonwealth Games, with the start and finish lines and transition zone in Mitchell Park, Southport, on the edge of the picturesque Broadwater.

The cycle and run legs take in parts of the northern Gold Coast while the southern turnaround near the Gold Coast (Sundale) Bridge has the Surfers Paradise skyline as the backdrop.

It will be another huge weekend of sport for the Gold Coast but an even bigger Games opportunity for Australia's elite triathletes.

They will be the first athletes from any of the Games 18 sports and seven para sports to know they are in line for to wear the green and gold on the Gold Coast next year.

To have the cut-throat pressure of selection removed a year out from the Games and knowing the next 12 months can be used for training and preparation is a huge bonus for medal hopes in 2018.

Australia's stocks in men's and women's in triathlon are extremely strong and competition will be intense to be the first Australian across the finish line on April 8.

One athlete bidding for the coveted pre-selection spot is rising star Ryan Fisher.

With a gold medal at the ITU Sprint Triathlon Oceania Cup in Kinloch, New Zealand, last year under his belt, Ryan is looking to a strong showing on his home course.

He knows nothing other than his best form will be required at World Series level but the lure of GC2018 selection has him putting extra effort into his tough training program.

“Having a home Commonwealth Games will be amazing let alone having it here on the Gold Coast where I live and train every day.

“Having the support of a home crowd and enabling friends and family that have always supported me will add some extra pressure but also make it all the more special.”

Ryan, nicknamed “Fishman” by his triathlete friends, became an Olympian at Rio de Janeiro last year and finished the men's race in 24th position, an extremely heartening result for a relative novice in the sport.

He is also a winner of the Gold Coast Triathlon – the Luke Harrop Memorial.

Interestingly, Ryan admits when did his first triathlon (the Raby Bay Gatorade Race) as a 12-year-old, he didn't really like it.

“I wasn't hooked straight away, I was way more into soccer,” he says.

“But I started training with a (triathlon) group and as I became fitter . . . I thought there's something to it.

“In the end I picked triathlon (over soccer) and have no regrets.”

Training and competing to his personal motto: “Fear none, respect all” – Ryan is widely expected to continue kicking goals – just different ones than he first though he might achieve as a professional athlete.