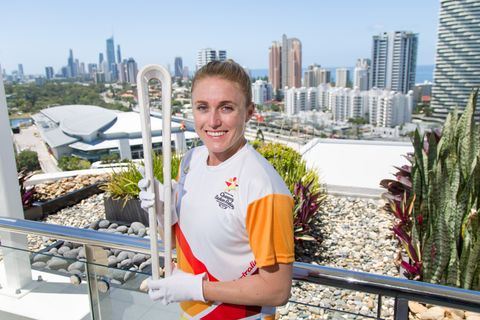 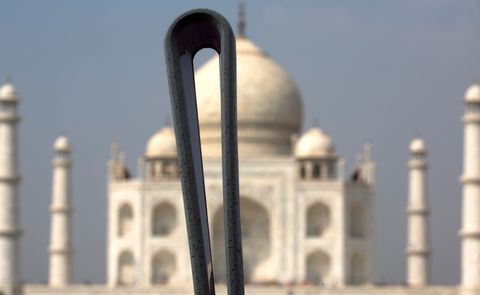 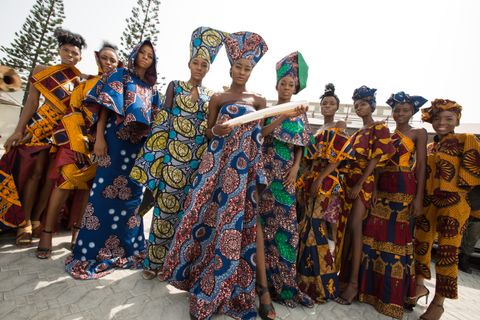 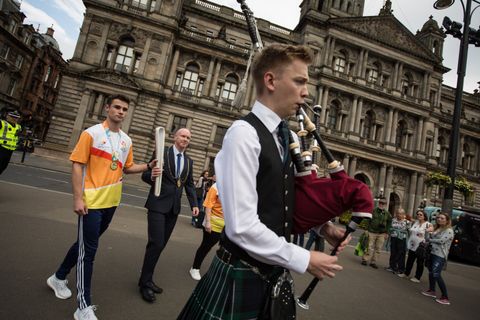 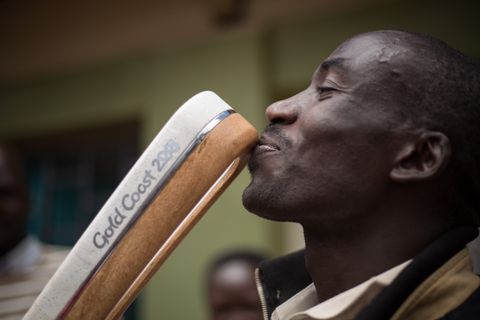 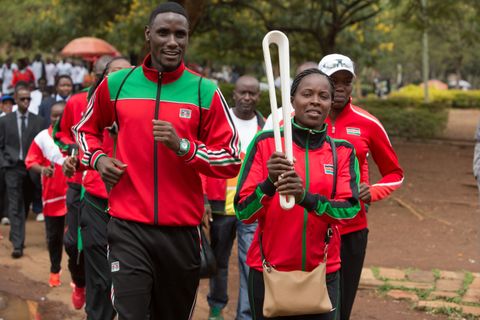 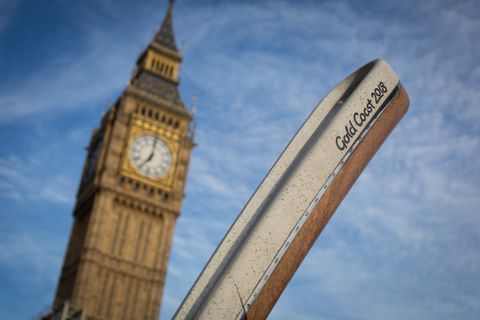 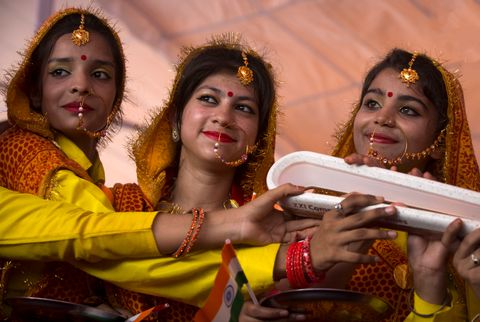 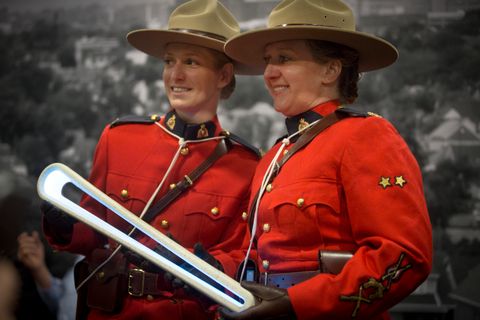 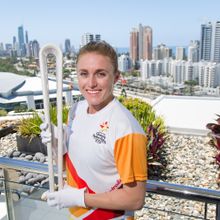 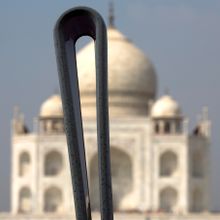 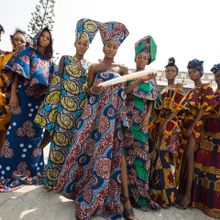 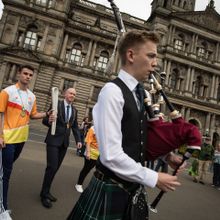 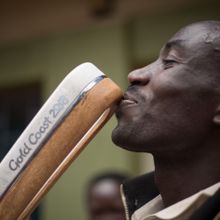 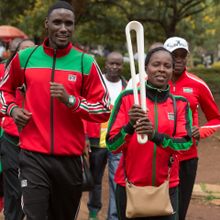 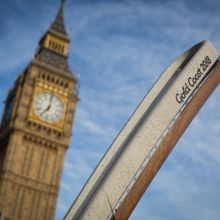 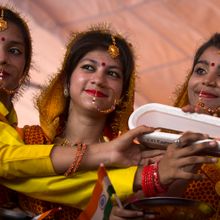 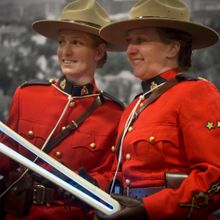 It began as a small log of macadamia timber found on the forest floor in the Gold Coast Hinterland.

The prized native wood was expertly carved into an elongated loop then fused with a piece of recycled plastic – representing both sustainability and environmental awareness.

“It's got the natural environment as well as the bold energy of the Gold Coast people,” says co-designer Alex Walls from Brisbane-based company Designworks.

When the Queen's Baton for the Gold Coast 2018 Commonwealth Games was first unveiled last November, few could have imagined the impact it would have traversing the globe on the longest most interactive baton relay in Games history.

In March this year, the baton began its epic worldwide journey from Buckingham Palace followed by visits to Africa, North America, the southern Atlantic, the United Kingdom and Europe, Asia and then Oceania – taking the “Gold Coast” to nearly a third of the world's population.

At each stop the baton has been celebrated, photographed and immersed into local cultures and experiences while the 2018 Games host city has received unprecedented international exposure.

Now, nearly 300 days later, the baton is on its way home – scheduled to arrive in Brisbane from New Zealand on Sunday, December 24.

And from March 4, 2018, when the baton arrives at Horn Island in the state's far north after circumnavigating the continent, more than 1800 Queenslanders will carry it on the final month of the long journey to the Gold Coast for the Commonwealth Games next April 4-15.

The Queensland tourism industry is well represented among those given the huge responsibility of transporting the baton through 83 Queensland communities to its final destination - the Gold Coast's Carrara Stadium.

There, on the evening of Wednesday, April 4, as part of the GC2018 Opening Ceremony, a message from Her Majesty Queen Elizabeth II – written on spinifex paper and concealed inside the baton – will be read.

At that moment, the focus of the entire Commonwealth (if not the world) will officially be on Queensland and the Gold Coast.

It will be a fitting finale to the relay given Queensland and the Gold Coast's standing as among Australia's premier tourism destinations.

And dozens of hard-working members of the Queensland tourism industry will know they have played their part in getting the baton to the GC2018 Opening Ceremony.

South African Jan Claxton has lived in Australia for 18 years and has been a citizen for more than 13 years.

Tourism is in her blood and she proudly calls the Whitsundays her home. She is a former 200m runner and is still active in sports. Her sons are mountain bike enthusiasts and the whole family will have a keen eye on the Gold Coast 2018 Commonwealth Games.

“To be an ambassador for Queensland tourism, our region and all the operators is really exciting,” Jan says.

“We have done well to recover from Cyclone Debbie (which devastated the Whitsundays earlier this year) and we are still recovering.

“The visit of the baton will lift the region and put the spotlight back on us in a positive way.

“It will lift community feeling and pride and I feel so privileged to be involved.”

Peter Brown has worked the Sapphire Gemfields west of Emerald for more than 40 years and has a previous link to the Commonwealth Games.

He was a surveyor on construction of the main stadium at the Christchurch 1974 Commonwealth Games in New Zealand.

He is a keen runner and a former winner of the Sapphire Gemfields Wheelbarrow Derby.

Peter's expertise in cutting sapphires and his knowledge of the Sapphire Gemfields is surpassed only by his passion for this place he calls home.

He says he is excited and proud to be selected to carry the Queen's Baton in his hometown.

“It is great to represent our community as it has done a lot for us,” says Peter, who runs his Sapphire Gemfields museum and mine tours with his American wife Eileen.

“We are so lucky to be so well supported by everyone around us and the baton coming through here will be great publicity for the region as a tourism destination.

“Fossicking for gems has that ability to capture the imagination, whether you're a visitor or here for the long haul.”

After arriving in Brisbane on Christmas Eve, the baton will appear at iconic destinations and events in Queensland and around Australia throughout January before starting its nationwide relay from Canberra on January 25, on the eve of Australia Day.

A full list of baton bearer names and the communities in which they will carry the baton is available at https://www.gc2018.com/qbr