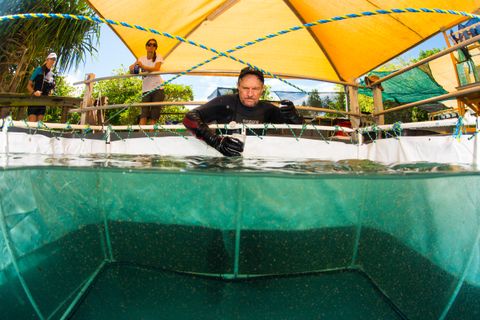 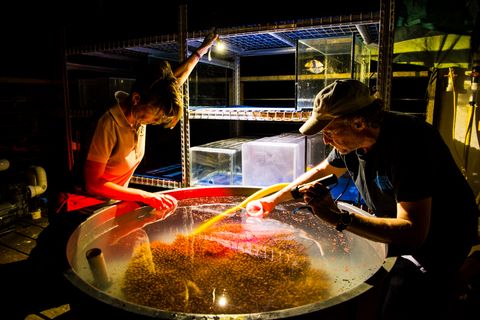 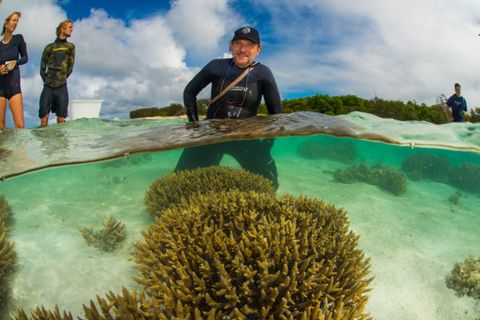 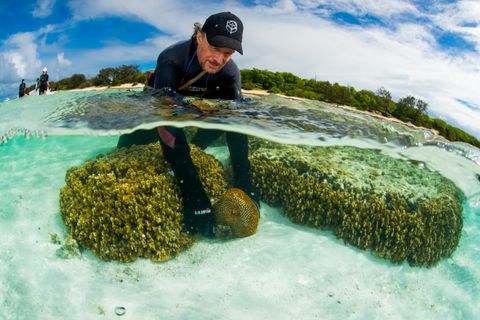 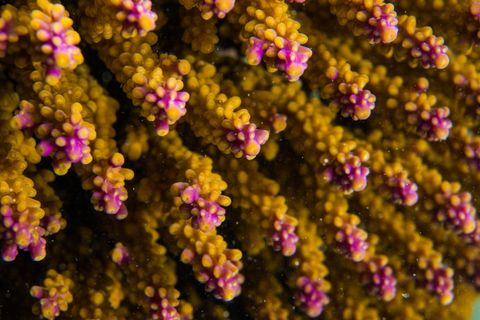 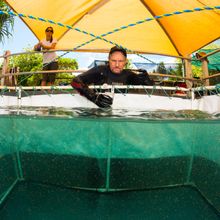 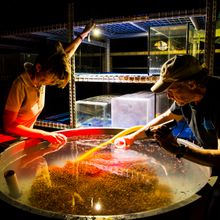 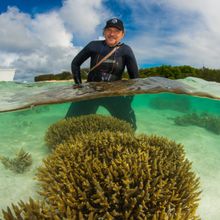 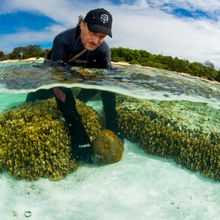 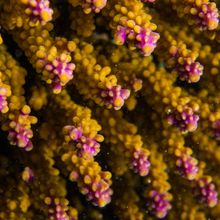 A ground-breaking coral reef experiment, likened to the world's biggest IVF procedure, could be the answer to a healthy future for the Great Barrier Reef, which, at 70 million football fields in size, is the world's largest living organism and a natural asset valued at $56billion.

The experiment was first trialled in November 2016 when millions of microscopic sperm and eggs were harvested from last year's annual coral spawning event, and placed into giant tanks for fertilisation. The subsequent coral larvae were then planted back onto the Reef.

Based on the learnings from the 2016 trial, Professor Harrison this month captured and reared more larvae, taken from the November 8-9, 2017 spawning event, in a larger-scale study that has already shown signs of successful larval settlement.

This time around, mesh tents were used to veil the planted larvae to prevent them from floating to the surface, which Professor Harrison says assists the larvae to attach and settle onto the Reef and form juvenile colonies.

“This is the first large-scale study of its kind and our research shows that we can help corals reproduce successfully by increasing larvae settling on the Great Barrier Reef and allowing them to develop into juvenile corals,” said Professor Harrison.

“From our previous studies, we know that microscopic larvae, once settled, can grow into dinner plate size corals in just three years and become sexually reproductive.”

“The success of this project on Heron Island could increase the scale of coral restoration on the Great Barrier Reef in future; if we can fast track coral growth and regeneration and apply this to other areas of the Reef, we hope to see larger areas of healthy coral that can be enjoyed by generations to come.”

The success of the larval reseeding project at Heron Island is a marker of hope for restoring areas of the Great Barrier Reef previously affected by coral bleaching.

Like any parent-to-be, Professor Harrison will continue to anxiously monitor the growth of both coral colonies and refine techniques for future application to other areas of the Great Barrier Reef.

Great Barrier Reef Foundation Managing Director Anna Marsden said Heron Island, once rated by Jacques Cousteau as one of the Top 10 dive sites in the world, was well qualified for pioneering reef studies.

“It's not only tourists who come from all over the world to experience the sheer magic of the Great Barrier Reef at Heron Island, marine scientists also flock to the island to access one of the best reef research laboratories in the world, the University of Queensland Research Station,” said Anna.

“Researchers on the island are looking at innovations like larval reseeding to help coral reefs rebuild and adapt so they can live through everything the world is throwing at them and to survive into the future.”

After a couple of challenging years for the health of the Great Barrier Reef, the staff on Heron Island are also looking forward to sharing a message of hope with their guests.

“We get divers, snorkelers and first time marine enthusiasts and most are aware of the challenges facing the Great Barrier Reef so they are fascinated to learn that studies are being done right here to protect its future,” said Alison.

“The Great Barrier Reef is Australia's greatest treasure and once guests see its beauty, they fall in love and become passionate advocates for its protection.”

Professor Harrison and the team at the Heron Island Research Centre worked alongside the Great Barrier Reef Marine Park Authorityhe project, which was made possible through a donation by Stephen Fitzgerald, the former chairman of Goldman Sachs Australia and New Zealand.

The Great Barrier Reef is the world's biggest coral reef system and the largest living thing on Earth, stretching 2,300 kilometres from the tip of the Cape York Peninsula to Bundaberg. It is Queensland's most valuable tourism asset with around two million visitors experiencing the reef each year. As a custodian of the Reef, Queensland's tourism industry is committed to responsible practices, as well as actively participating in programs to protect Reef health and build resilience. Anyone who visits the Reef with a commercial operator contributes an Environmental Management Charge of $6.50 per day to the Great Barrier Reef Marine Park Authority, which is vital in supporting day-to-day management of the marine park.

In June 2017, Deloitte Access Economics release a report that valued the Great Barrier Reef at A$56billion, with an economic contribution of A$6.4billion per year. Read the full report: http://bit.ly/2A5p6I2