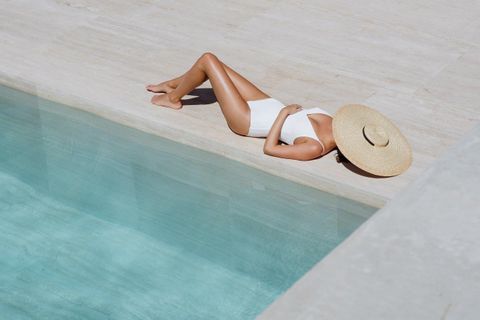 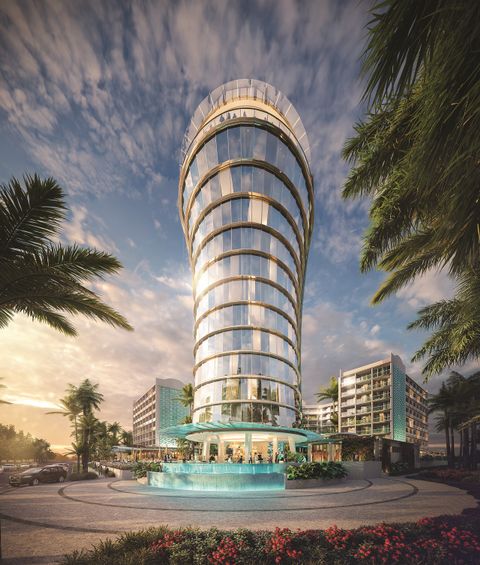 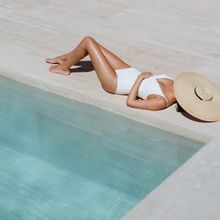 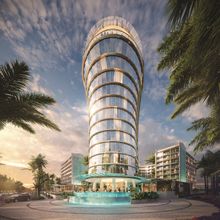 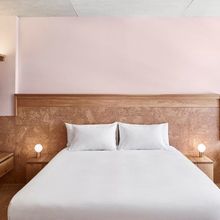 Whoa! Spring has definitely sprung in Queensland bringing with it an absolute boom in new attractions and experiences. Check out the next chapter in Queensland's room boom as well as novel ways to experience our sunshine. If fitness is your spring thing, then we challenge you to walk this way right into a raft of new multi-day walks. Finally, curious to know what's happening in the Whitsundays? Then we've got the inside growth story. Read on!

Bungalow down to Elysian Retreat

Nothing says “hello holiday” more than a Great Barrier Reef island with gently swaying palm trees and cute beach bures in between. So, say hello to Elysian Retreat, a 10-bungalow blissed-out getaway on three hectares of private cove at Long Island in the Whitsundays.

Formerly known as Paradise Bay Eco Resort and loved by the likes of music mogul, PINK, the bures will open December 21 catering to a maximum 20 guests (over the age of 15 years).

Prices for a minimum two-night stay start from $2800 (for two people) and include continental and cooked breakfast, picnic lunch, sunset cocktails overlooking the Conway National Park and canapes and three-course dinners paired with the best Australian boutique wines.

If you can remove your body from the hammock, complimentary activities include daily morning yoga sessions, rainforest walking trails, beachside snorkelling, kayaking and paddle boarding.

The lifestyle precinct of James Street New Farm will add another feather to its designer cap when the 175 room Calile Hotel opens later this month heralding the launch of the much anticipated Hellenika, the second chapter in Greek food by Simon Gloftis.

Holidays are crystal clear with Riley

Queensland's tropical north is gearing up for a hotel boom when the 311 room, 5-star Riley hotel opens its doors to guests on November 6, 2018. The hotel is the first of three new “babies” under the Crystalbrook Collection that will add a combined 831 rooms and 14 restaurants to Cairns' tourism offering by 2020.

Grandly located on the northern end of The Esplanade (at the former Tradewinds site) the $130 million completely new Riley hotel offers spectacular front-row views over the Coral Sea. It also boasts one of the biggest resort pools in the city at 1037 square metres, a 12th floor rooftop bar (Cairns' highest), an Eléme Day Spa, and three new restaurants.  The hotel opens on November 6 with special opening rates from $209 per night.

The new Riley will be followed by Bailey, a 217-room hotel with art at its heart which opens on the corner of Abbott and Lake Streets in mid 2019, and Flynn, an energetic 311-room hotel that will rise from The Esplanade directly opposite the popular Cairns Lagoon.  By the time of completion, developer Ghassan Aboud will inject some $700 million into the Cairns holiday market, adding to his existing Crystalbrook Lodge and Crystalbrook Superyacht Marina at Port Douglas.

When Wallaroo-ly want is an outback experience

Located on a 71,000-acre property in the Carnarvon Ranges, 65 km north of Injune, the campsite is the brainchild of Pauline and Justin, a couple who grew up in the region. The station is dotted with cycad-filled gorges, Aboriginal Rock Art, incredible rock formations like The Sphinx and Arch Rock meanwhile, guided tours are available via Boobook Ecotours.

Teepee tents start from $120 per night. minimum two night stay with a camp oven dinner at $30 per adult. Alternately, hire the venue for the day for $250. The retreat can only be booked by one group, irrespective of the size of that group.

Wool you try this outback experience

Join proud wool producers, the Rutledge family, at their home in Quilpie, and get a true-blue outback experience. The property, which has been passed down through five generations has been renovated to include two huts, a homestead garden room, and a Governess' quarters-come-cottage that literally floats above the waterhole.  A bit of exploring will lead to you to a private air strip, tennis courts, walking trails, and a lake where canoeing, fishing, and swimming are encouraged. Sit around the campfire with the Rutledge family and soak up the night sky as you get to know the locals of the outback.   Huts and rooms start from $150 per person including dinner and breakfast. The cottage has a minimum five day with price on application.

Long known for the Hollywood stars that grace its beaches and resorts, Port Douglas has put the stars of the celestial kind under the spotlight with the launch this month of a new Sunset and Stargazing Cruise. Departing from Port Douglas Marina twice a week, the two-hour expedition journeys along the Dickson Inlet as trained guides tell tales of the rise and fall of Port: the Goldrush, the sugar, the cyclones, the myths, the characters, and the Dreamtime. When the sun sets, licenced military grade lasers power up to point out the sky's cosmic wonders.  Tours leave Mondays and Thursdays from Port Douglas Marina and cost $50 per child and $80 per adult.

Get on ya e-bike and eat Cairns

Food miles takes on a whole new meaning while riding a state-of-the-art electric bike.  Paradise to Plate has introduced three new food tours around the city of Cairns including “Off the Eaten Track”, “Local Foodie Gems”, and crowd favourite “Bike to Brewery.” Starting from $125 per person and taking approximately four to five hours, tours include a meal and refreshments. And yes, participants are expected to be able to ride a bike.

Mini Attenboroughs rejoice. Cairns Aquarium has launched the ultimate kids' sleepover, a rare opportunity for little ones to spend the night snoozing under the predators of the Coral Sea. From a BBQ dinner with views of the River Monsters Exhibit to an Aquanut guided night tour through the entire aquarium and a camp bed placed directly under the Oceanarium, this cool kids campout will hose down any other hotel offering.  Sleep with the Sharks launched on August 1 and includes dinner, bed, a light breakfast and the guided tour. Prices are $149 children/teacher, $199 adult with a minimum group size of 20 and a maximum of 40.

Holy Uranium, it's the Old Mary Kathleen Mine

Have you ever visited a ghost town? Play real life fear factor with North West Tours' new four-hour tour to the deserted township of Mary Kathleen and its old uranium mine which at its closing caused the demise of the bustling little town. Get picked up by your North West Tours guide in Mt Isa and adventure through the eerie mine and look at its cemented remains. Psst, if you listen carefully, you might just hear the whispers of the old workers and residents.  A four-hour tour, including morning tea, starts from $119 per person.

Dreamworld is about to become even more awesome this September when the new Brickman Awesome exhibition made entirely with LEGO® bricks arrives! Complementing the LEGO Store at Dreamworld, and made entirely from LEGO® bricks, Brickman Awesome will comprise 39 exclusive LEGO® models, totaling more than 2 million bricks and clocking up over 5,000 hours of build-time.  It will include the tallest LEGO® model in the Southern Hemisphere – a NASA SLS rocket standing at a whopping 7.5m tall and created with more than 450,000 bricks and 500 hours of human time.

The recently opened Yeppoon Lagoon has kick started a mini boom in Central Queensland's subtropical coastline. Wreck Point scenic lookout has also been given a major spit and polish with a new viewing platform, a walking trail and interactive artwork telling the story of the Selina shipwreck.