Tick Off A Bucketlist Of 'Firsts' And 'Onlies' 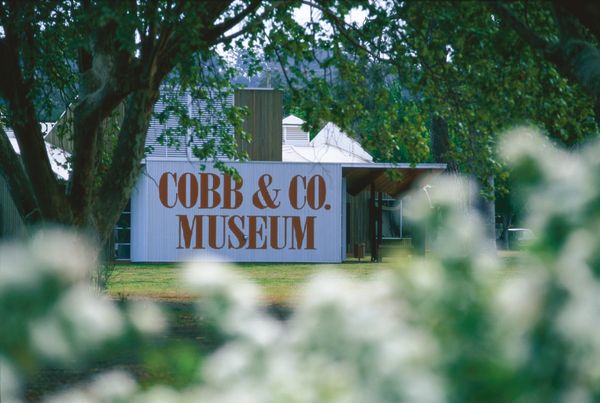 Eat your heart out Dreamworld. This is the original scream machine!

It's also the only place in the southern hemisphere where the public can get their hands on dinosaurs by touring the production shed like we are today, volunteering to prepare dinosaurs (that is drilling the soil off the bones), or taking part in a dinosaur dig each August at a cost of a few thousand dollars.

First discovered in Queensland's Outback just over a decade ago, 40 or so dinosaurs have since been dug up, and are now scattered in crates waiting to be glued back together.

For us it's time to jump back in the car and drive to Carisbrook Station, a 50,000 acre working property that once held 8000 head of sheep or cattle.

“We are still in the suburbs here boys,” says Carisbrook's gentle owner Charlie Phillot as we admire his 20 kilometre triangular plot of land. “The next station is half a million acres. That's when you get out to the real country”.

Like most farmers around here, Charlie wears the typical country uniform; RM boots, moleskins, a checked long sleeved shirt and an akubra, which he touches every time a stranger comes into his field of friendship.