Bigger and Better Than a Trip to Mars! 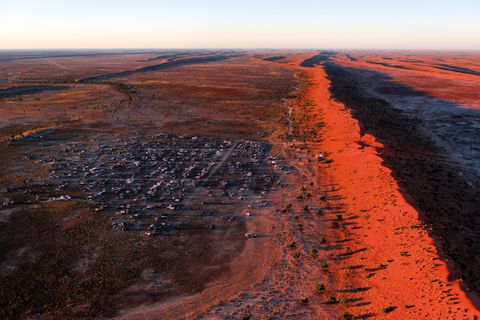 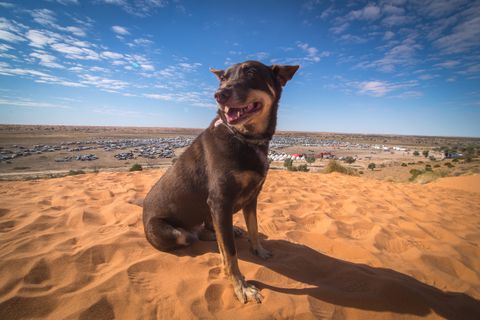 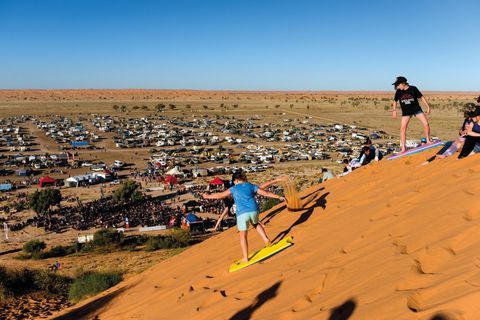 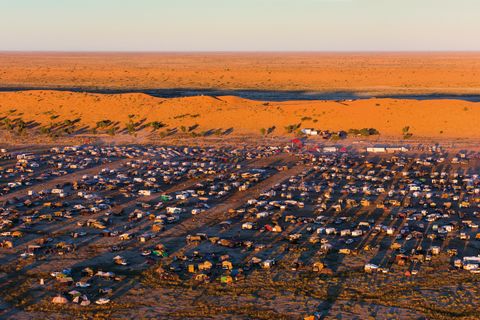 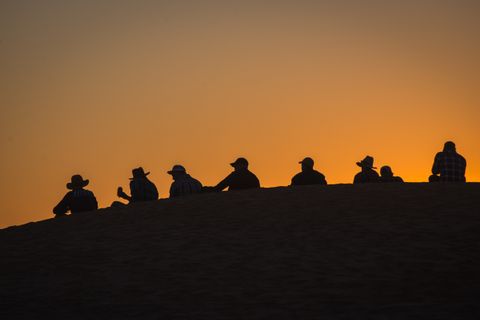 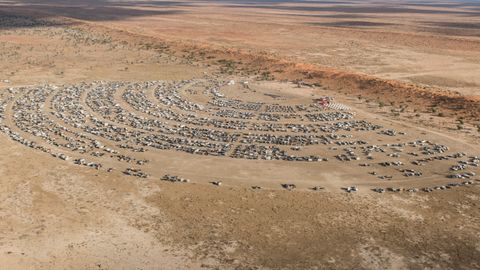 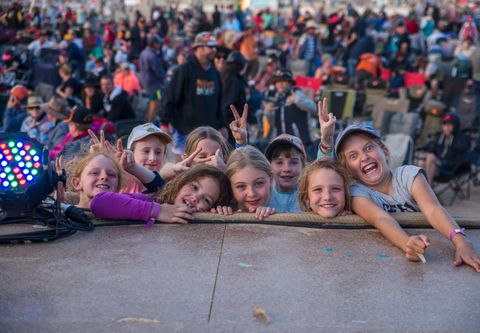 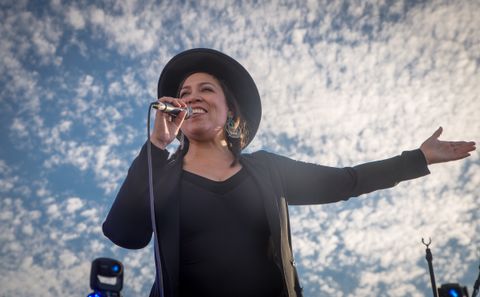 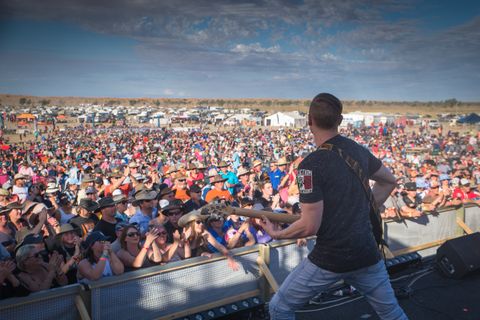 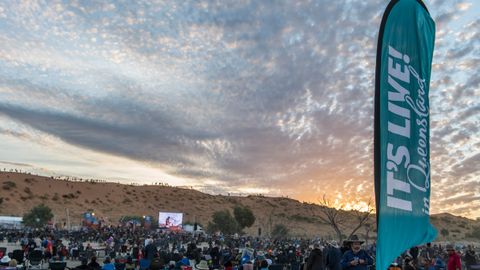 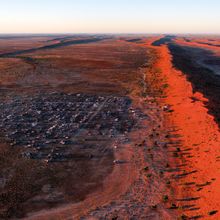 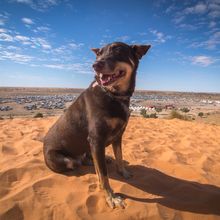 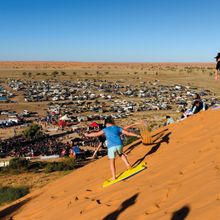 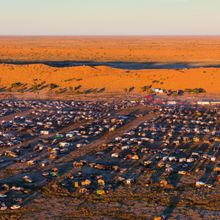 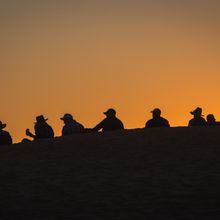 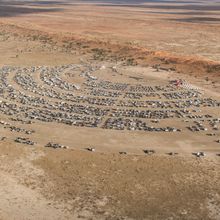 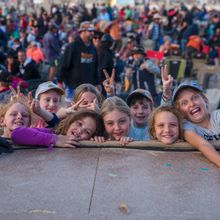 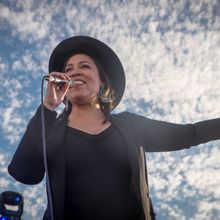 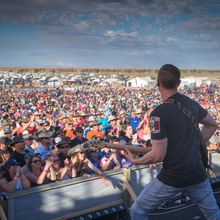 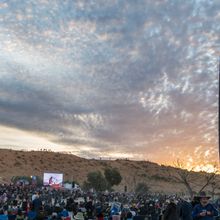 Hallelujah! Aussie rock legends and revered Jesus Christ Superstar trio – John Farnham, Kate Ceberano and Jon Stevens – are reuniting at the 2018 Birdsville Big Red Bash. The world's most remote music festival on the edge of the Simpson Desert, itself the biggest sand dune desert on the planet.

An awe-inspiring destination that could be mistaken for Mars. Red earth. Vast, open plains (perfect for 4x4 enthusiasts) and a towering 10-storey high sand dune aka Big Red (the Big Daddy of more than 1,000 parallel sand dunes, ideal for sand surfing and star gazing). Click here to see it for yourself!

Now in its sixth year – and voted 'Australia's favourite event' at last year's Australian Event Awards – the Birdsville Big Red Bash has become nothing short of a religion for thousands of fans who make the annual pilgrimage to party in the middle of… well… nowhere. Psst: tickets go on sale today (25 October 2017)!

The destination, however, is just one part of a very big adventure. Like nothing else on Earth, the journey to this epic Outback Queensland gig, 1,580km west of Brisbane, is equally mind-blowing.

Precisely the kind of holiday that's pitch perfect for a new wave of international tourists – notably from Europe and the United States – seeking camping and caravanning adventures in Australia. A group arguably wanting to travel more like locals in search of truly authentic, bucket list experiences.

As latest Tourism Research Australia data reveals, the nation experienced a revival in international visitors hitching up to camping and caravanning holidays in the year ending June 2017. A sector that jumped 13 per cent on the previous year (377,000 visitors), with an even greater spike recorded in Queensland – up 16 per cent (141,000 visitors).

Aussie travellers, of course, have long been trail blazers when it comes to epic road trips or pitching up in the great outdoors – in Queensland alone, accounting for 2.3 million domestic visitors staying in caravans/at camp grounds in the year ending June 2017.

What's more, in the five years since the Birdsville Big Red Bash first stamped its mark on Australia, the state has recorded a 21 per cent hike in domestic visitors opting for camping/caravanning holidays, ahead of total domestic overnight travel which rose 19 per cent.

At Bashville – as the Birdsville Big Red Bash pop-up desert village is affectionately called – camping and caravanning is the only option.

This year, more than 6,000 people gathered at the base of Big Red (towering 40m high), travelling from all corners of Australia and overseas. On numbers alone, a community 52 times the size of nearest hub, Birdsville! An iconic, one pub Outback town, 38 klicks east, also famed for the annual Birdsville Races. Population: 115.

A town, like other Outback communities, directly impacted by the success of events in the region which pumped more than $18 million into the economy last financial year.

The kind of activity that requires months of planning and stockpiling of supplies (the Birdsville Races weekend requires more than 12,000 pies or enough pastry to fill four football fields; 150km of toilet roll; and 80,000 cans of beer), not forgetting the electric buzz of excitement in regional communities affected by the events line-up, including road-stop towns and attractions along the way.

So, mark a week off your calendar in July to experience the Birdsville Big Red Bash (conveniently falling during school holidays). An experience to tell your grandkids about. Better still, take them and the whole family along for the ride. YOLO!

Start compiling your favourite road trip music mix: a lucky 13 of Australia's biggest rock stars are performing at the Birdsville Big Red Bash (10-12 July), just one of more than 100 of Australia's best live events in the best destinations, as showcased on the It's Live! in Queensland calendar. Check out the full artist line-up here.

Did you know? This year marks 25 years since upcoming Birdsville Big Red Bash-ers, John Farnham, Kate Ceberano and Jon Stevens, starred in in the global phenomenon rock-opera, Jesus Christ Superstar, which toured Australia for nearly three months, pocketing a whopping $40 million at the box office. The day the box office opened in 1992, tickets sold at a rate of 400 per minute, with the resulting Jesus Christ Superstar album collecting 'highest selling album' at the 1993 ARIA music awards. Tickets for the 2018 Birdsville Big Red Bash go on sale today!

A road trip to the Birdsville Big Red Bash promises the ultimate adventure for true believers in the journey being as epic as the destination. Amen to that! Don't miss these bucket list stops en route to Bashville or click here for more inspo on Outback Queensland. For a full drive itinerary click here or for other ideas, including itineraries from Adelaide, Darwin, Melbourne and Sydney click here.

Homeward bound: once the Birdsville Big Red Bash is done and dusted, the adventure continues. Consider journeying back to Brisbane via Winton, taking in the Outback Camel Festival Trail which also comes to life in July. Guaranteed to enthral big kids and small, Winton comes with another very big bonus, staking its place on Australian Dinosaur Trail. Don't miss the chance to step back in time at the Australian Age of Dinosaurs which this year opened its multi-million dollar Dinosaur Canyon attraction. A few hours' drive south west, lies Lark Quarry, where you can see evidence of the only dinosaur stampede in the world, while due north, Richmond is home to a display of pre-historic marine creatures. For more, check out this family road trip to unearth dino bones in Outback Queensland.

Fast Fact: it would take 200 hours to run from Brisbane to Birdsville, around 24 hours to drive and 5 hours 45 minutes to fly.