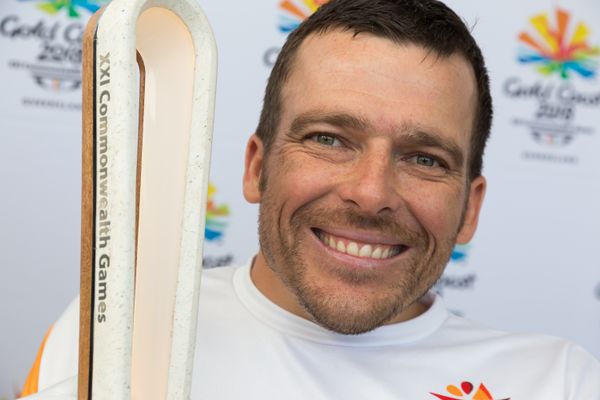 Buckingham Palace will be the prestigious start line for the first two records of the Gold Coast 2018 Commonwealth Games.

On March 13, 2017, Her Majesty Queen Elizabeth II will place her message to the Commonwealth inside the GC2018 Baton to begin its global journey to the Gold Coast and the Opening Ceremony of the Commonwealth Games on the evening of April 4, 2018.

The baton relay spans 388 days and 230,000km and will achieve two records – it will be the longest and the most accessible relay in Commonwealth Games history.

From London, the Queen's Baton will travel sequentially through Africa, the Americas, the Caribbean, Europe, Asia and Oceania, spending between two and four days in each Commonwealth nation and territory.

A third of the world's population will have the opportunity to share a memorable experience with the baton.

The baton will arrive in Australia on December 25, 2017 – 100 days out from the Opening Ceremony – and will touch down in Queensland for the first time about a month out from the 2018 Games.

More than 3800 baton carriers will be needed on the baton's journey around Australia. Applications to be a baton carrier opened on Sunday, March 5, 2017.

To be selected batonbearers must represent the spirit of the Commonwealth and inspire others to be great.

It is open to people of all abilities and running is not essential. Special adaptors have been made for those in wheelchairs or batonbearers who may not be able to carry the baton.

For more details on the Community Batonbearer Nomination Program and to follow the baton on its journey around the world, thanks to a GPS tracker fitted inside, go to: gc2018.com/qbr

The Chairman of GOLDOC, the Games organising committee, Peter Beattie described the 2018 Queen's Baton Relay as a complex logistical project that would take the Gold Coast Games to the world.

“The baton will return to the Gold Coast in April 2018, having been touched, admired, photographed, filmed and loved by so many people from all over the Commonwealth,” he said.

The narrow loop-shaped baton, which is 650mm long and weighs just 1.4kg, was designed by Brisbane-based company Designworks.

It comprises native macadamia timber, sourced from the Gold Coast Hinterland, and recycled plastic separated by a metal spine engraved with the names of every Commonwealth nation, in the order in which they host the GC2018 Queen's Baton Relay.

A computer chip inside the baton periodically changes its colour across shades of red and pink, blue, green and yellow.

The Queen's message will be written on paper made from the Australian desert plant, spinifex grass, and placed in a slim clear compartment on the side of the baton.

Co-designer Alex Wall said the baton's shape and features reflected the “people, place and spirit of the Gold Coast”.

“It's got the natural environment as well as the bold energy of the Gold Coast people,” he said.