Queensland Sizzles as a Hollywood Set 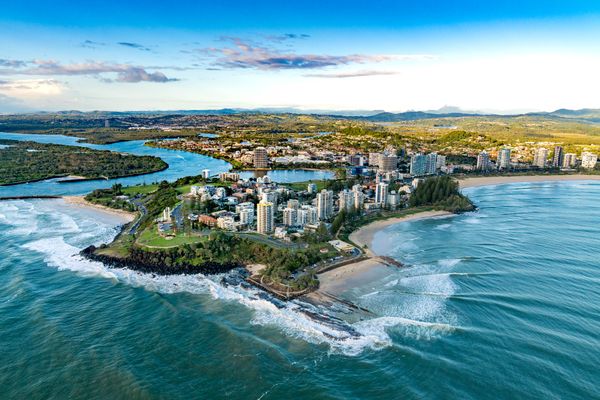 Led by the $300 million mega-blockbuster Aquaman, now under production on the Gold Coast, Queensland's 6900km coastline (and its vast interior) has been cut, diced and remodelled into dozens of movie backdrops redefining the state as a movie maker's playground with a giant welcome mat that screams 'Hello Hollywood”.

Here are just a few locations that have had star billing in recent blockbusters.

The Great Barrier Reef: Nemo, the 2003 Pixel animation that sparked a rush to the Great Barrier Reef is just one of a slew of movies to use the world's largest living organism and one of the planet's seven natural wonders as its backdrop. Who can forget the hype reel projecting Kate Hudson and Mathew McConaughey, pre-Oscar gong, frolicking in the waters around Hamilton Island in the romantic comedy, Fool's Gold, a movie shot some 45 years after the world first witnessed the charms of another Great Barrier Reef island as the young Helen Mirren emerged from Dunk Island's beaches in the 1969 production, The Age of Consent.

Tropical North Queensland: Ever since the then owner of United Artists, Christopher Skase, built the pink Sheraton Mirage Resort on the shores of this former fishing village back in 1988, Port Douglas has welcomed a volley of movie hits, including the 1998 Pacific War hit, The Thin Red Line, filmed in the jungles and beaches around the town (and starring Hollywood legends George Clooney and Sean Penn), The Island of Doctor Moreau featuring Marlon Brando, and Bruce Beresford's Paradise Road starring the incomparable Cate Blanchett and Glen Close.

This paparazzi-free resort town, fringed by palm trees, the Great Barrier Reef and the world's oldest rainforest also won the hearts of producers behind Fool's Gold after filming was diverted from the Caribbean to avoid the hurricane season in the northern hemisphere. Aside from the epic island backdrops, the film opens in a courthouse - filmed in the administrative buildings at Queensland University of Technology – and features the streetscapes of Port Douglas. Look closely as Matthew McConaughey runs down the “Bahamas” in a red tie-died shirt and you will spot Central Hotel, an icon smack in the middle of Macrossan Street.

Three hour's drive south of Port is Paronella Park, a Catalan-inspired castle in the middle of an Australian rainforest and a ruined ode to one of Australia's greatest love stories between an immigrant cane farmer and his Spanish wife. The Park was immortalized in 1993's Sniper, starring Tom Berenger and Billy Zane. Just a short drive from Paronella, is the rugged Hinchinbrook Island, a kindred spirit to Jurassic island and a place so remotely beautiful that it was the location for Jodie Foster's Nim's Island.

Whitsundays: With its Tiffany-blue backdrop and 74 island jewels to play in, who could forgive The Whitsundays, half way down the Great Barrier Reef, for being the 24-karat gem that adds sparkle to a roll call of Hollywood tales, including the 1989 thriller, Dead Calm, the movie that both launched Nicole Kidman's career at a tender age of 22 and cemented Sam Neil's Hollywood stature.

Hamilton Island's pool played hero in the fake honeymoon, one of funniest scenes out of Muriel's Wedding, while Carine Smyth, Henry's love interest in Pirates of the Caribbean: Dead Men Tell No Tales washed up on nearby remote Haslewood Island as the cameras panned the world's third most photographed beach, Whitehaven Beach, in the background.

Just a sail away is Bowen, a mainland town in the Whitsundays, that punches well above its 10,300-residential weight after featuring in two remarkably different genres: Australia, The Movie and Nim's Island. Typically known for its luscious mangoes, found in every Aussie fruit shop in summer, the town was transformed into a 1942 Darwin after celebrated producer, Bazz Luhmann and his set designer wife, Catherine Martin, were inspired by a visit to the local bakery. Today, Bowen matriarch Merle Jochheim, a descendent of the town's founding father and owner of Jochheim's Pies, continues to make a name (and perhaps a fortune) selling the very pie that Hugh Jackman coveted during the seven-week shoot.

The Outback: Known as the engine room of Queensland, firing on vast iron ore reserves, and also for its whip-cracking good-time rodeo, Mt Isa, in all its' dusty glory was the opening scene for Evil Angels, a disturbingly true story about a dingo who took a baby. While Meryl Streep looked out of place in the heat-ridden outback, Paul Hogan owned it some years earlier when he swaggered into Walkabout Creek Hotel in Queensland's McKinley, east if Isa, and wrestled a crocodile in the mega hit, Crocodile Dundee.

Brisbane: One of the largest cities in the world in terms of land area, Brisbane has been eyeballed, analysed and carved up under the eyes of many directors. Look closely at the kid's flick Scooby Doo and you can spot the Tennyson Power Station, Jacki Chan's First Strike features China Town in its white-knuckle car chase, while Inspector Gadget battled his arch enemy on the William Jolly Bridge after making appearances at Parliament House, University of Queensland and Southbank Parklands.

Most recently, Angelina Jolie transformed Brisbane's Fort Lytton into a World War 2 camp for the 2014 drama Unbroken. On a war footing, North Ipswich Railyards (admittedly just outside the city's jurisdiction) became the backdrop for 2013's The Railway Man.

On a lighter note, before Tony Collette shot to fame for her roles in The Sixth Sense and The United States of Tara, she starred in Muriel's Wedding, a sure crowd-pleaser about a frumpy ABBA-obsessed teenager trying hard to fit with the cool kids. The movie is set in the coastal town of “Porpoise Spit” and keen travellers will be able to spot the southern high rises of Coolangatta, Surfers Paradise, Seaworld, and Breakers Bistro at Tugan.