Winter in the Downs 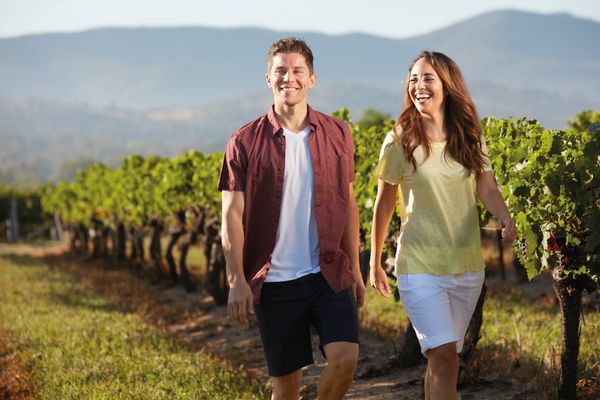 As soon as you hit the Warrego Highway you can be assured of one thing – greener pastures lie on the other side.  I've come to Toowoomba on a mission to discover what darling charms lie in the downs.

After sleuthing through shops, cafes and restaurants, I've found that much like the antique stores Toowoomba is known for; this picturesque town is a treasure chest waiting to be discovered.

We check into Vacy Hall Historic Guest House, a real-life history book, built originally by a wealthy grazier for his daughter in 1873.  Everything from the four-poster bed, nine grand fire places and bay windows that overlook the manicured gardens are evidence of the opulence and style in which the property was built.

Recognised as a place of historical significance, Vacy Hall is listed by the National Trust of Australia, The Queensland Heritage Council and the Australian Heritage Commission and the steady stream of bridal parties on any given Saturday are testament to the property's beauty.

It's a ten-minute stroll from Vacy Hall into Toowoomba's CBD where I begin my quest for treasures in Queens Park, the 26-hectare botanical gardens in the centre of the city. Toowoomba is a city of four seasons and Queens Park is the perfect spot to see its trees burst into 50 shades of orange autumn glory.

On the outskirts of the park lies Cobb & Co Museum, an eight-million-dollar facility, packed full of priceless treasures. Stuffy museum this is not, it's alive with activity from the café full of brunch-goers to the group of gentlemen who arrive for their monthly leather-plaiting meeting in the courtyard.

The museum primarily celebrates the importance that Cobb & Co transport played in Australia's history but also runs a popular weekend program devoted to traditional crafts such as sandstone carving, silver-smithing and lead-lighting.

It's this proud promotion of its colonial heritage that makes Toowoomba so special. Wearing its past on its sleeve, it's easy to imagine how the heritage buildings, art deco facades and wide streets would have looked because most have been preserved to perfection.

Toowoomba is no quaint diorama though, 2014 saw a group of local and world-class artists put their mark on the city by spray-painting 16 walls in Toowoomba's First Coat Street Art Festival.  Standing out against the old brick work, you could mistake the graffiti as being lifted from the laneways of Berlin and Melbourne and transplanted into the garden city.

It's not just the graffiti trail begging to be discovered, there's a vibrant food scene thriving in Toowoomba. This is no surprise given its cool temperature, which makes temperate Toowoomba the produce paddock of Queensland.

For a casual bite to eat, Fitzy's on Church is the perfect spot to warm up with braised beef cheeks in a pub-style atmosphere or for more formal fare, Encores at the Empire has been recognised for their excellent cuisine by winning the American Express Best Restaurant – Darling Downs.

Reflecting on my tour of Toowoomba, I've observed that there's something rewarding about an escape where you leave with a sense of accomplishment that you have discovered a destination's hidden secrets. Toowoomba is just that, a treasure chest where the more you dig, the more you unearth.

Heading west from Brisbane to Toowoomba, take a pit stop to discover the historical city of Ipswich. It's Queensland's oldest city and it's spectacularly preserved with 6000 heritage listed sites to visit. Restored Queenslanders are dotted around the city, which makes for a lovely self-drive trail. If you've only got a small window of time, be sure to drop into the Workshops Rail Museum to see 15 genuine restorations of heritage steam trains and learn about the colourful history and future of our railways.

From Toowoomba you are just an hour's drive from the town of Warwick, a quaint historical centre with coffee shops, churches and restored hotels to explore.  If you are looking to ramp up the activity, the Warwick shire is full of tracks to take your hiking boots off road. The Queen Mary Falls in Killarney is a spectacular walk that will take you about 30 minutes to meander from the top of the falls down to the creek bed below.