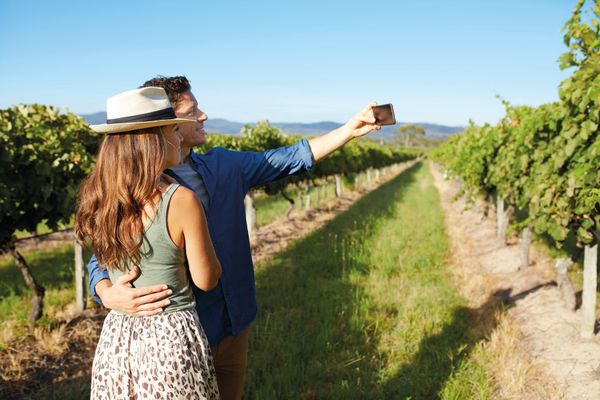 From rolling pumpkins down a steep hill to smashing watermelons with your noggin, Queensland could be accused of holding some of the quirkiest events on the planet. But it's all in good fun, of course, and in most cases, to raise community spirit or money for worthy charities. So grab your jousting stick, pick up your knitting needles and bet on a pig, there's so many weird and wonderful things to do, you've just gotta get out there.

Hell of the West Triathlon (February)

Go to hell. That's right, we said it. Or more precisely, go to the Hell of the West, staged annually in Goodiwindi on the Queensland/New South Wales border. Good old Gundy is the venue for one of the country's toughest races, incorporating a 2km swim, 80km bike ride and 20km run, in the middle of a country summer.

You could be forgiven for thinking you were in Sicily, rather than Queensland, for it's a long, lusty affair which harks back to the motherland for Golden Grove Estate Owner Sam Constanzo. And you're all invited to this event, which celebrates the start of the new vintage. There's wine tasting, of course, plus Mediterranean cuisine including a traditional grape pudding, all topped off with some grape stomping.

Please don't be offended if someone comments on your melons. It's appropriate here. That big, juicy, sweet, red fruit, that is. Among the range of competitions, there's an event which tests how quickly you can split open a number of melons. The record is 47 in 60 seconds. Now, that's gotta hurt, but oh so fun to watch.

Goomeri Pumpkin Festival is a unique, wacky, fun-filled event held annually. Hurtle you pumpkin down Policeman's Hill in their signature event, the Great Australian Pumpkin Roll, show your strength in the Pumpkin Power Shot Put and enter in the many other novelty pumpkin events.

Toowoomba's iconic Spotted Cow Hotel is the venue for this evocatively-named event which sounds like a whole dairy full of fun. No, cows don't produce beer, not even in Queensland – this is about a three-day celebration of beer with more than 30 craft beers on tap, masterclasses and live music.

It starts with the races, is followed by the rugby and then finishes with a flourish – music, dancing and a post match party. Felt, fur and footy is all the fashion you need here for a fantastic day out.

Jumpers and Jazz in July (July)

It's hard to believe, but it sometimes gets cool enough in Queensland to warrant a jumper. To celebrate winter, out in Warwick in Southern Queensland Country, the fine folk wrap their trees in wool and turn on some cool jazz to keep them warm.

Tara is not just a pretty name, but the Darling Downs destination in which they partake in a true Aussie experience of camel racing, and combine it with other cultural events such as the Festival of the Orient and Pacific Islander and Maori displays. There's a little bit of something for everyone at this festival.

City slickers will know the name Jackie Howe from the blue, workers' singlets but to country folk, he's the shearer who clipped a record 321 sheep in seven hours and forty minutes, back in 1892 at Blackall's Alice Downs Station in Queensland. Head to Jondaryn Woolshed on the Darling Downs and pick up pair of clippers and see how you go.

Shakespeare in the Park Festival (October)

To be or not to be? Or should the question be Toowoomba or not Toowoomba, for that's where this festival is staged. And oh, what a venue, complete with a traditional open-air stage for aficionados of the English poet. It may be spring in the Garden City, but that won't stop crowds enjoying this year's performance of The Winter's Tale.

Trust that larrikin Burnsie, who owns the Nindigully pub, to come up with this trick. Forget horse races. It's pigs they race here every November. Built in 1864, this is one of those traditional one-storey Queensland pubs you won't find just everywhere, brimming with characters, a ghost or two, and a bloke with a heart of gold. You'll find him donating plenty to charity throughout the years, so go on, back the pub, bet on a pig.