Blooming Marvellous! Toowoomba Carnival of Flowers is the Biggest on Planet? 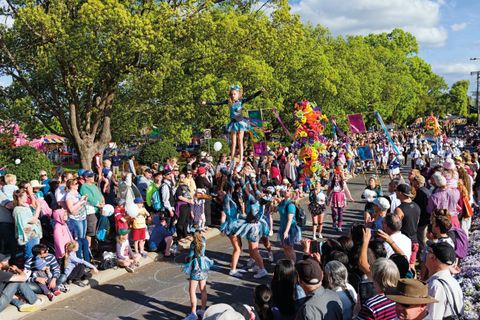 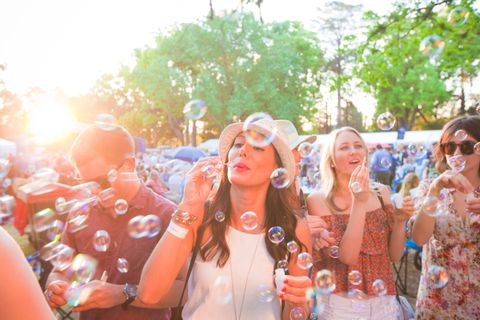 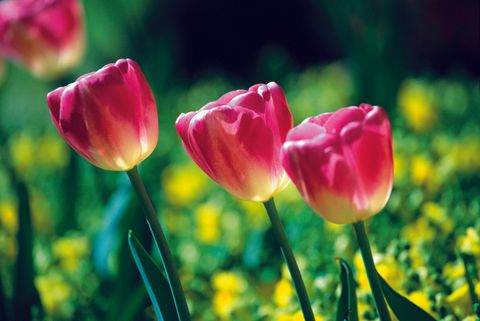 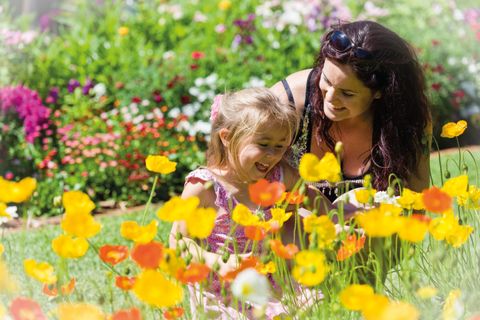 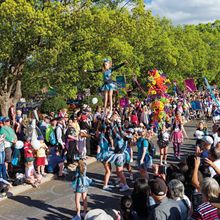 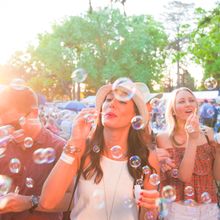 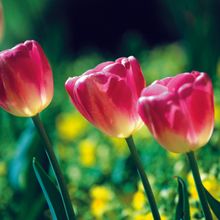 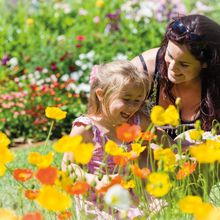 Sure, London's Chelsea Flower Show might be the most prestigious on Earth and, while the Melbourne International Flower and Garden Show stakes its claim as the largest horticulture event in the southern hemisphere (taking over the city's 26-hectare Carlton Gardens and Royal Exhibition Centre), Toowoomba Carnival of Flowers still weighs in with the grandest footprint.

Indeed, Hampton Court Palace Flower Show, in Surrey, UK, once thought to be the biggest of them all, covers just 14 hectares. Not even US big gun, Texas, overtakes Toowoomba; its annual Dallas Blooms pushes 27 hectares.

Toowoomba Regional Council takes the carnival so seriously it has invested in a seed planting machine, saving at least 1,000 work hours in the task of raising 190,000 seedlings for this year's event, including 17,000 grown in pots. Many of the resulting blooms feature on Grand Central Floral Parade floats.

So, pack your walking (and party) shoes for next month's Toowoomba Carnival of Flowers.

Following months of preparation – not least being the planting of 160,000 annuals and 20,000 bulbs – and with a 2017 Australian Tourism Awards 'gold' (Major Festivals and Events category) under its belt, the 10-day carnival is set to burst into a riot of colour and fun.

Not purely for the green thumbs, it also features a stellar entertainment program, including live music from The Temper Trap, Daryl Braithwaite and The Angels; food and wine; park and pub tours and more…

Celebrate Spring in all its glory: the Toowoomba Carnival of Flowers is just one of more than 100 of Australia's best live events in the best destinations as showcased on the It's Live! in Queensland calendar: www.queensland.com/events

Click here to view why Toowoomba Carnival of Flowers is not to be missed!

Find out how to spend a long weekend at Toowoomba Carnival of Flowers here:

1. Lamingtons were invented in Toowoomba more than a century ago, when then Governor of Queensland, Lord Lamington, travelled with his entourage to Harlaxton House to escape Brisbane's heat.

2. In 2011, the city cracked the Guinness World Record for the largest lamington baked on the planet, weighing 2,361kg

3. Toowoomba also gave birth to the Weis Fruit Ice Cream Bar (created in 1930) and, arguably, XXXX beer, after the Perkins Brothers from Castlemaine, Victoria, established Queensland's first brewery in the city, laying the foundations for the iconic ale

1. The first railway line built over the Great Divide

5. The most pubs outside of Brisbane (24 according to website, Publocation). Have a coldie at Queensland's longest continually-licensed pub, The Farmers Arms Tavern (est.1863) in Carbarlah (15km north of Toowoomba), also the venue for the first ever international darts match played via satellite.

7. Australia's first appendectomy (in 1893), reportedly performed on a kitchen table. The patient, Emma Webb, made a full recovery, outliving doctors who saved her life. The main building of Toowoomba Hospital is named after her.

8. Australia's most haunted city, according to TV show, The Project (2016). Suffragist Emma Miller, a key figure in organisations which led to the founding of the Australian Labor Party, passed away at Toowoomba's Crown Hotel in 1917. If you believe reports, Emma Miller's ghost frequents Cinema 2 of the adjoining Toowoomba Strand.

10. On a different scale, Australian actor and film producer, Geoffrey Rush, who picked up an Academy Award for his portrayal of pianist David Helfgott (in the film Shine), was born in Toowoomba.

12. Multi-award winning Australian singer/songwriter Missy Higgins made the film clip for her single, Torchlight, in Toowoomba.

13. The Garden City is home to Australia's largest traditionally designed Japanese garden, Ja Raku En, set over three hectares and showcasing 230 species of Japanese and Australian plants. Just one of more than 150 public parks and gardens in Toowoomba.

14. Street numbers for houses and businesses in Toowoomba didn't exist before 1930, instead known by individual names.

15. On October 21, 1950, the debut Toowoomba Carnival of Flowers opened with a street procession that stretched three miles, led by a bullock team and watched by approximately 50,000 people. Today, more than 100,000 spectators gather to cheer on the grand parade which this year features 75 floats.

16. French band, the Happy Drivers, turned heads with their 1989 cover of Madonna's La Isla Bonita and Bob Marley's I Shot The Sheriff. After touring Australia in 1990, they were so taken with Queensland's 'Garden City' that they named their 1991 album 'Toowoomba'.

17. The Bee Gees caused a stir when they performed at Toowoomba Carnival of Flowers in 1960. According to organisers, celebrities often stop to smell the tulips. You never know who you'll bump into.

This press release is supplied courtesy of Tourism and Events Queensland and is for media use. For more information, please go to www.queensland.com or www.blog.queensland.com. For images, please visit http://visuals.queensland.com.