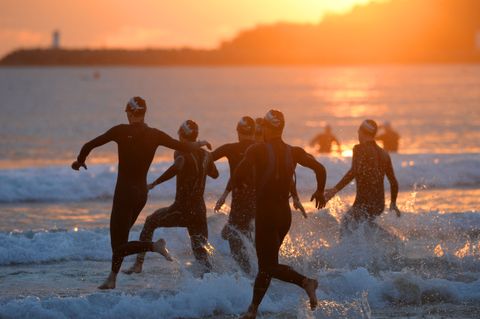 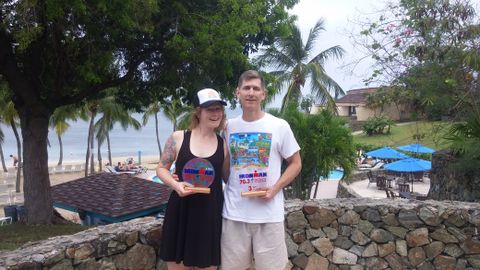 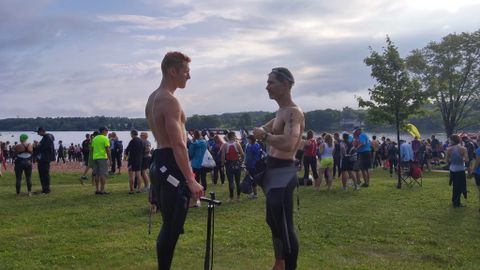 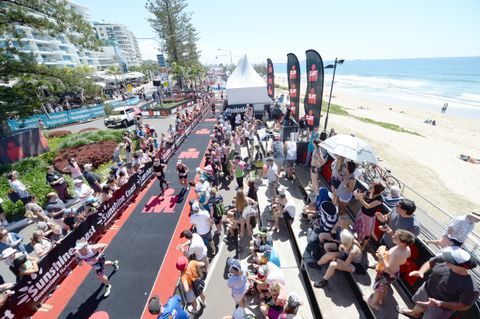 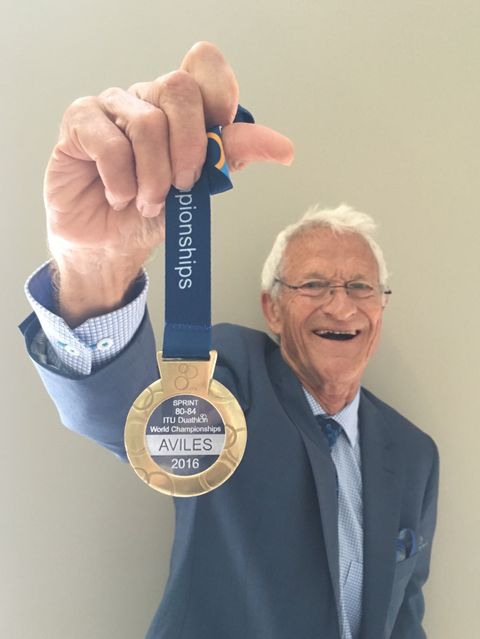 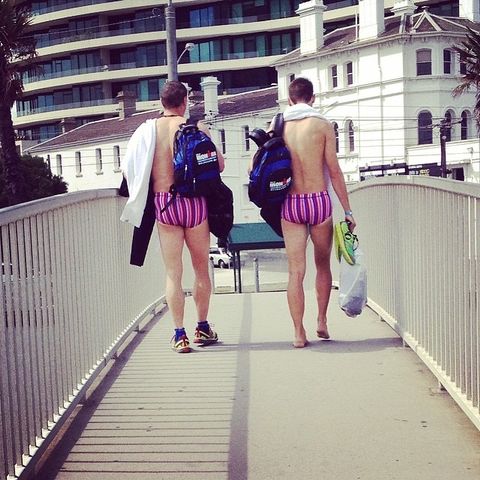 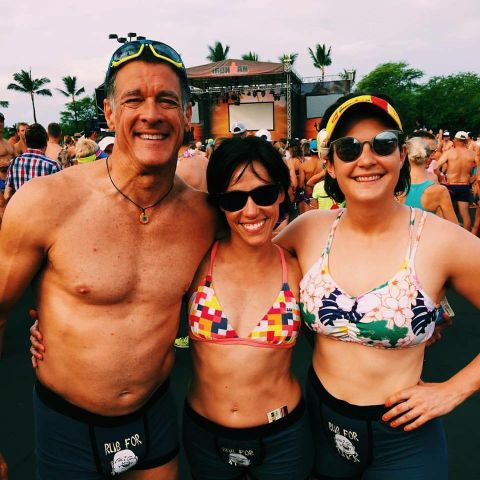 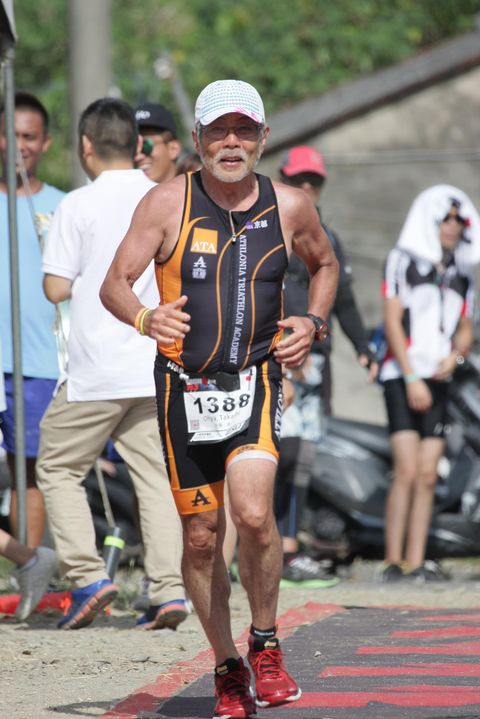 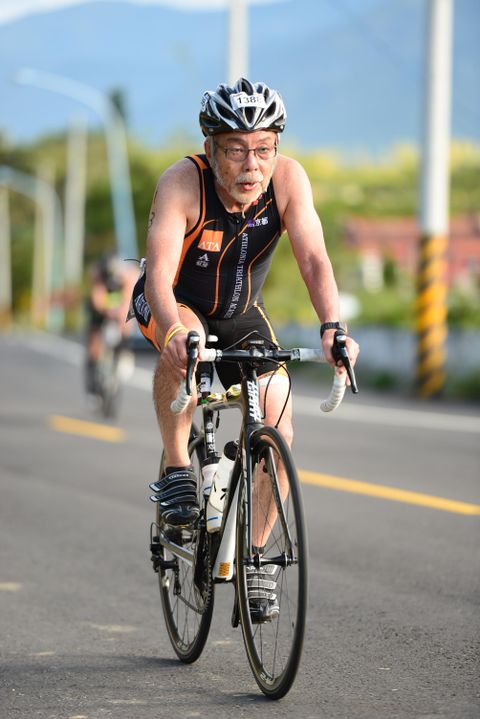 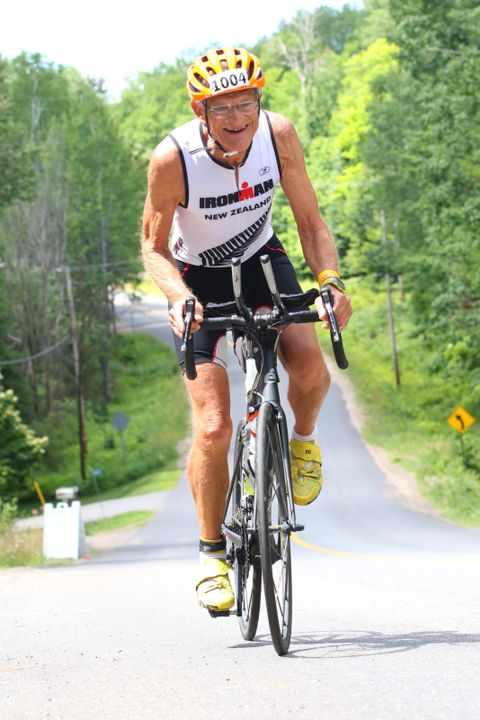 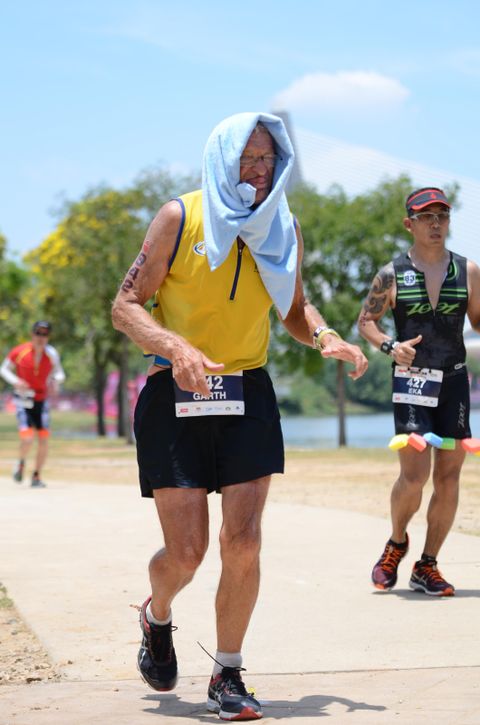 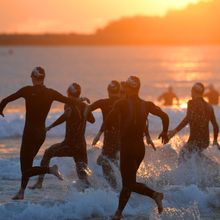 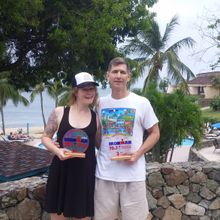 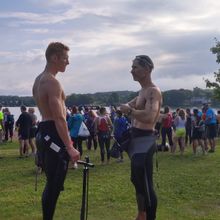 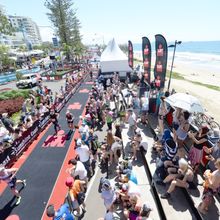 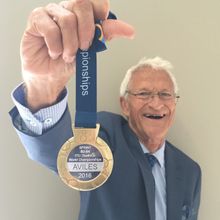 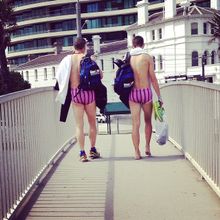 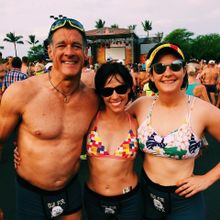 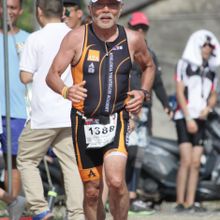 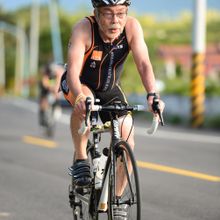 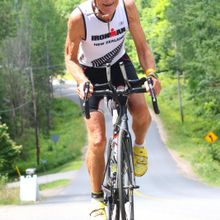 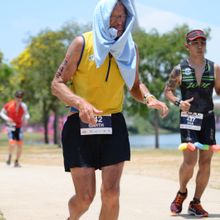 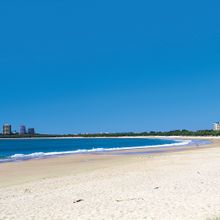 But, now, as a legion of families from all corners of the globe prepare to touch down on Queensland's Sunshine Coast for the biggest ever IRONMAN 70.3 World Championship – on Father's Day (4 September) – it's all about the family that trains and travels together to the best endurance challenges across the planet.

Staking its claim as a global adventure-endurance capital, Queensland sits high on the list; a destination where Mother Nature herself has thrown down the gauntlet, inspiring some of the world's most awesome finishing lines on land and sea. Bucket list courses that draw the best of the best.

Among them is American IRONMAN veteran, Bill Beyer, 55, who's excited about travelling to Mooloolaba to mark the 11th anniversary of the 70.3 world championship event, having competed in the inaugural challenge in Florida with his son, Bucky, in 2006.

Over nearly 20 years, Bill has clocked up more than 71 IRONMAN events around the world (including five Kona world championships in a tally of 21 full distance courses). Notably, seven of them with his children, Bucky, 30, and Penny, 27, including the 2014 IRONMAN in Melbourne.

After missing out on spending Father's Day with his children in the United States (19 June), the high-flying partner with Deloitte Consulting, based in Virginia, is looking forward to celebrating an Aussie Father's Day in the 'best way possible'. In short, lining up against 3,268 athletes from 83 nations in a sporting challenge ranked among the toughest on Earth; the 70.3 or half IRONMAN – an epic 113km test of endurance (1.9km swim, 90km bike and 21.1km run).

Better still, Bill's children – who moved to Australia six years ago, and now call Sydney home – will be there to cheer him on. For his son, Bucky, a week after being sworn in as an Australian citizen.

“We holidayed in Queensland as a family when the kids were very small… and I believe that visit and the dives on the Great Barrier Reef set a hook for them to want to live here,” says Bill. “Penny ate kangaroo meat for the first time, and cried before she tried it, then loved it!”

Although missing his children, Bill understands their love of Australia: “They both moved to pursue careers, and even more importantly to swim, bike and run in a country that breathes athletics and triathlons.

“We've been to some wonderful venues and swam, biked and run all over the world. My kids often say the times when they really needed to get 'the daddy love', they would either suggest a long bike ride or run. Now that both have Australian partners who are into the athletic lifestyle, I hope to soon have grandchildren to bike and swim with!”

Planning 'time out' with his children the one-time ballet dancer, firefighter and ice-cream maker, says there's no question mixing travel with endurance events offers the best 'break' from his busy working life.

Japan's Takashi Ohya, meanwhile, has discovered a new lease of life, post-retirement. At 73, the former exploration geophysicist, from Kyoto, has competed in triathlons for just three years.

“I do it for fun, but most importantly to meet young people,” says Takashi. “When I worked, I was almost the boss and so everyone said 'Hello Mr Ohya' and never used my first name. Now I can talk to young people very easily. I can join their party.”

While Takashi's wife and daughter do not compete in IRONMAN events, they always cheer from the sidelines.

“I'm proud to compete on Father's Day,” he says. “But what would make me very happy is if my daughter finds a nice partner in Australia… a nice Aussie.”

Also competing in the IRONMAN 70.3 World Championship, American Steven Bonawitz, 55, a physician who specialises in plastic and reconstructive surgery in New Jersey, is proud to qualify with his 23-year-old daughter, Katie.

“My son and daughter inspired me to take up endurance sports,” says Steven, who has finished six 70.3 and three full IRONMAN events with one or both of his children. “It started three years ago when they challenged me to do a marathon... a triathlon was next and it's been non-stop since.

“It's great to be able to share experiences like this with your children. I see many people who seem to have a hard time finding common ground, so I feel very fortunate to have found an event like this we can share together.

“My wife, Cheri, is our support crew, but unfortunately, my son, Eric, can't come due to school commitments.”

For Steven, entering his first world championship event in Queensland is also particularly close to his heart. His mother, Barb, 81, was born in Townsville, moved to Brisbane to finish high school, then further afield, to America in the 1950s, earning a PhD in psychology at Michigan State University, where she met Steven's father.

“We've been to Australia twice, to Brisbane and Sydney, and saw the Lions play one of the years they won the premiership,” he says. “We have a special connection to the country, but Mum's a little old now to make it back.”

Age, however, is no barrier for the oldest competitor in the IRONMAN 70.3 World Championship. At 80, New Zealander, Garth Barfoot, will travel to the Sunshine Coast on the back of a trip to Rio to watch the Olympics.

“Being in Rio, watching the Olympics, has given me a taste of what it means to take part in an event with athletes from all over the world,” says Garth, who started competing in IRONMAN events when he turned 60.

“I've been doing my swim training for the world champs in the luxury pool at the Sheraton in Rio. Everyone thinks I must be retired, but the truth is I work four full days a weeks and am classified by Statistics NZ as a full time worker.”

Not even close to retiring as director of New Zealand's largest privately-owned, family real estate business, Barfoot & Thompson, in Auckland, endurance events are a family affair for Garth's clan.

“My wife, Judy, is a triathlete but does very few events these days because of pain in her knees,” he says. “Our three children have all done triathlons and our two oldest grandchildren have done their first. Our son met his future wife at a triathlete's swim training squad.”

Garth is the first to recommend endurance events to others his age. As he sees it: “This is because the faculties that deteriorate with age are not an integral part of endurance racing – success is not dependent on having good eyesight, good hearing, good reaction time and good hand-eye coordination.”

For sure, he says, he's proud to be competing in the IRONMAN 70.3 World Championship on the Sunshine Coast on Father's Day, sending the right message to his children and grandchildren.

“But, every time I hear the starters' hooter go off, I feel special. Special in that I am lucky enough to be still competing… although I've probably extended the range of what can be done on an artificial hip!”

Cheer them on: the IRONMAN 70.3 World Championship is one of more than 116 of Australia's best live events in the best destinations, as showcased on the It's Live! In Queensland calendar: www.queensland.com/events

Clock this! Father's Day (4 September) marks the first time the IRONMAN 70.3 World Championship will be staged in the Southern Hemisphere.