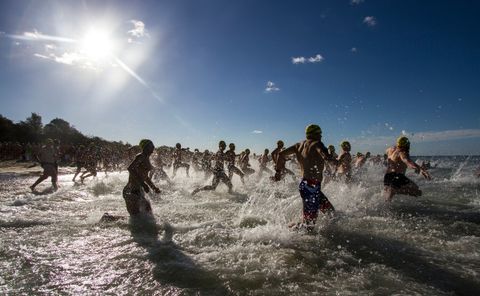 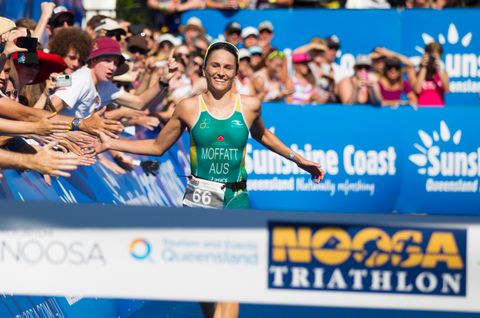 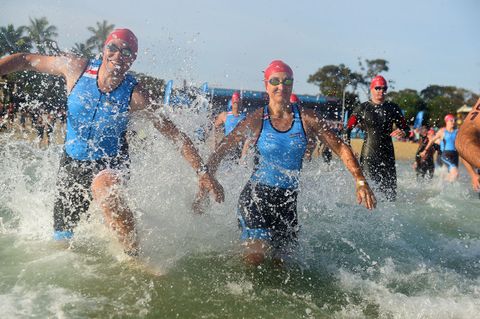 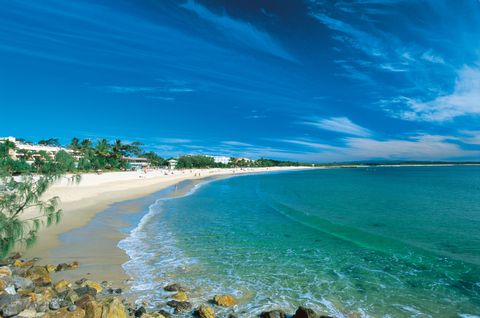 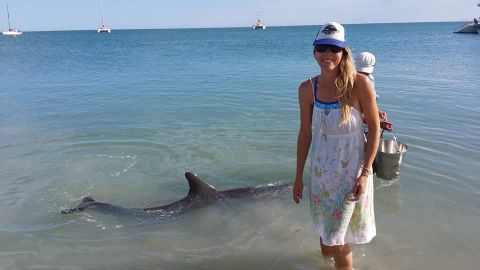 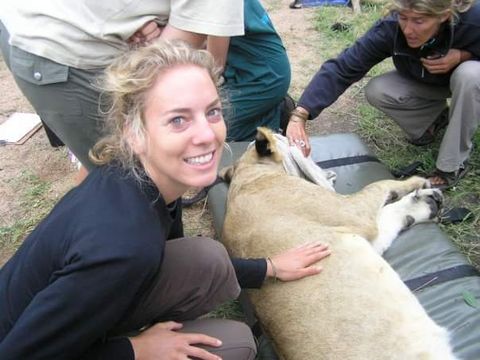 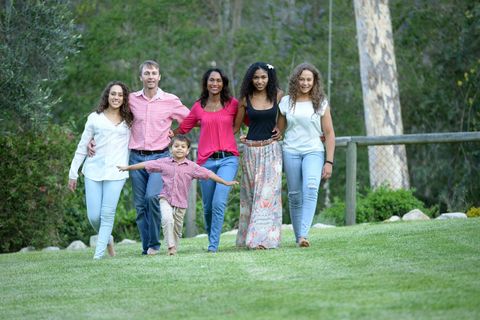 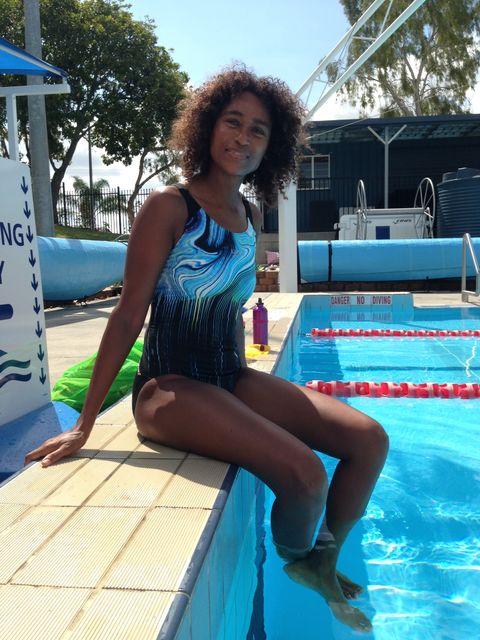 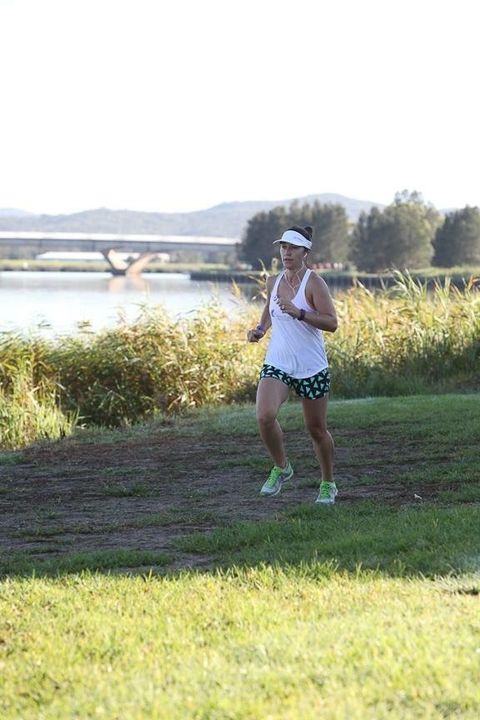 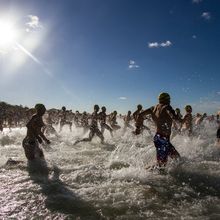 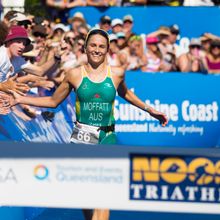 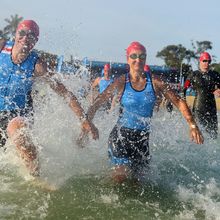 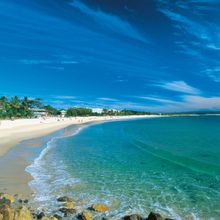 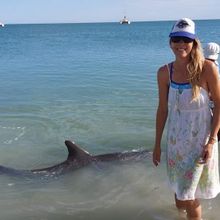 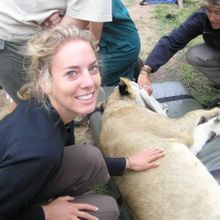 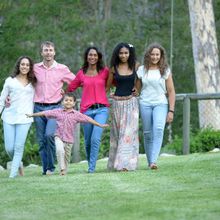 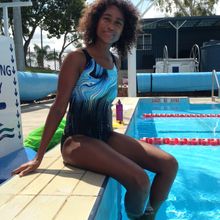 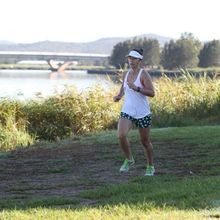 An ocean swim leg in the world's biggest triathlon is one way of overcoming an 'extreme fear' of open water.

For Victoria's Rachel Cutler, it amounts to the 'ultimate personal best' (PB); one she hopes to crack at this weekend's Noosa Triathlon.
An event which last year overtook the London Triathlon on global participation numbers, this year again drawing more than 8,000 competitors from 44 countries, led by Australia (fielding over 5,000 competitors), the United Kingdom (133), New Zealand (70) and Ireland (31).

“I guess there's nothing like jumping in at the deep end,” says Rachel, 37, a nurse from Melbourne's eastern suburbs.

Dreaming of one day swimming in the Great Barrier Reef, she's returning for a second attempt at the epic Olympic-distance triathlon – the pinnacle event of the five-day Noosa Triathlon Multi Sport Festival (26-30 October), also the largest multi-sport festival of its kind in the Southern Hemisphere.

“I know I can swim, but when I'm in the ocean, I just can't do it… I get overwhelmed,” she says, having last year started strong, only to lose her nerve and make a beeline for lifeguards at the first marker buoy.

“I did actually finish with the help of lifeguards who paddled with me, but it took me 40 minutes to swim 1.5km. I basically paddled and couldn't put my face under.”

A self-confessed 'wildlife fanatic', who has volunteered at a South African game park, monitoring the health of lions, elephants, cheetahs and leopards, Rachel is tired of missing out on experiencing the wonders of marine life.

“I was up on the Great Barrier Reef five years ago on a tour boat and there was one stop where they said you could snorkel with Nemo, and I was too scared to get in the water. How silly is that!”

A year on, she's back on the Sunshine Coast, determined to overcome her fear: “If I don't, I'll just have to keep coming back! Noosa is so beautiful.”

Rachel's in great company, lining up alongside an honour roll of Olympians and professional triathletes, not to mention a legion of die-hard fans across all age groups and ability levels.

Among them, two Noosa Triathlon first-timers who took the plunge, learning to swim to enter the iconic event. One of them, ironically, a personal trainer who runs a health studio in the Hunter Region of New South Wales.

“I have a very real fear of water – I'm not sure where it came from or how it developed, but it's hard to shake,” says Amanda Russell, 34, whose clients include IRONMAN triathletes and elite marathon runners.

“It's funny, for years I've watched the highlights of the Noosa Triathlon on television and I've been twice as a spectator. I always said I would love to do it, but I can't swim! So, at the start of the year, I had a reality check and told myself to basically suck it up and learn.

“When I applied to enter the Noosa Triathlon via the waitlist, my ability was swimming roughly 20m before I had to stop and cling to the side of the pool. Now I'm covering 1.5km, which is unbelievable.”

Brisbane's Jenifer French, 47, who, with her husband (an anaesthetist working at Ipswich Hospital) and four children moved from South Africa to Queensland nine years ago, is also gearing up to enter the Noosa Triathlon, which celebrates its 34th anniversary on 30 October.

“I never thought I would actually love swimming, and I do!” says the nurse who embarked on her 'learn-to-swim' journey two years ago, setting her sights on entering the Noosa Triathlon.

“Moving to Queensland had a big impact on my life; everybody seems to swim. Everybody runs. Everybody cycles. And it's a safe environment to do it in. Everybody's sports mad and, if you can't beat them, you have to join them!”

Encouraging other non-swimmers to take the plunge, Jenifer says it's never too late to learn, adding that she's made lifelong friends through sport.

“It took me about three months before I could swim 50m. When I joined a swim club at Jindalee Pool, I had enough survival skills that if someone threw me in the pool, I would be able to breaststroke to the side.

“The thing about swimming, is that it has opened me up to other disciplines. I've always been a runner, but I've just done the Brisbane to Gold Coast 100km bike ride, which I'd never contemplate doing and all because I joined a swim group!”

Noosa, Jenifer says, is also particularly close to her heart: “It was our first family holiday after moving to Australia. And we fell in love with Noosa and thought 'Oh My God, this to be one of the most beautiful places in the world!

“Actually, when we first arrived, our kids were homesick… until we went to Noosa and they were just amazed at the beautiful beaches and they just loved it! It's one of their favourite holiday destinations.”

Jenifer is keen to enter a myriad of endurance events across Queensland – a global adventure-endurance capital that offers something for everyone as travellers (across all age groups and fitness levels) increasingly seek 'active holidays' in winning destinations.

Can't make the Noosa Triathlon Multi Sport Festival (26-30 October)? No fear – check out a long list of world-class events across the Sunshine State, from Tropical Journeys Great Barrier Reef Marathon Festival, to Julia Creek Dirt n Dust Triathlon, Cairns Airport Adventure Festival, Great Barrier Reef Swim – Heron Island, Gold Coast Airport Marathon and Hamilton Island Endurance Series. Just a handful of more than 116 of Australia's best live events in the best destinations, as showcased on the It's Live! in Queensland calendar: www.queensland.com/events
Author: Tourism and Events Queensland
This Press Release is supplied courtesy of Tourism and Events Queensland. For more information, please go to queensland.com or blog.queensland.com. For images, please visit www.visuals.queensland.com.
And last, but not least, if you use this material, it would be awesome if you could email us let us know and, where possible, we'd be happy to amplify the content through our online channels.