What's New In The Whitsundays 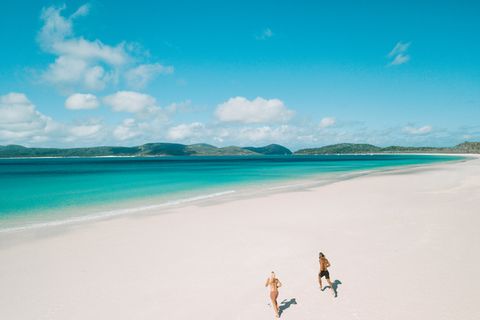 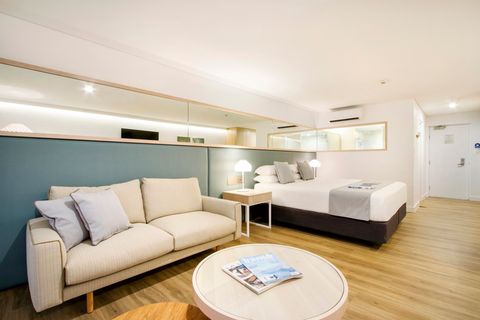 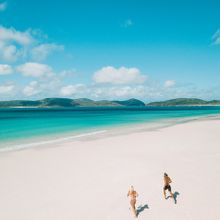 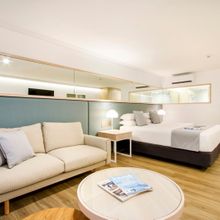 We won't mention Debbie, if you don't. But after a solid hosing and a deep scrub by nature last March, the Whitsundays is back and shiny thanks to a raft of revamps and that has injected more “new” into the region than the latest iPhone X.

Kicking it off in the comeback stakes is Daydream Island (and Elysian Retreat: but we've already covered that) scheduled to soft open early 2019 following a $100m re-development that will see extensive pool redevelopment and five new bars and restaurants at the 4.5 star resort.

Continuing the refresh front, iconic Hayman Island will start accepting reservations from March 1, 2019, with the highly anticipated introduction of six new two-bedroom penthouses and three upgraded one-bedroom penthouses on the reservation list and a whole new restaurant and bar concept.

One to keep on the watch list, Lindeman Island is sitting pretty with a proposed $583-million dollar project due for a 2022 completion. The 325-suite and villa project spread over three world-class tourism resorts includes the redevelopment of the old Club Med resort into a 136-suite 5-star Beach Resort, a brand new 6-star and 59-villa Spa Resort, a 5-star Eco Resort and a 4-star 89-room Tourist Villa Precinct. The island resort will boast a day spa with private treatment pods overlooking the ocean, a retail village precinct and a private airstrip.

If resorts are king in the Whitsundays, then nature is Queen. This past year has seen a massive focus on upgrading some of the most papped spots in the world. I'm looking at you Whitehaven Beach.

Construction for the Haselwood Island Lookout is scheduled to start in October this year, adding a shiny new vantage point to this Hollywood backdrop (Haselwood Island was a pivotal scene for Pirates of the Carribean: Dead Men Tell No Tales), while construction of two platforms at Hill Inlet Lookout, one with interpretation panels and shaded rested areas, will start closer to summer.

The camping area at Whitehaven Beach, dubbed Australia's best beach for years, will undergo major upgrades and provide a superb base for a 20km long-distance walking track to the summit of Whitsunday Craig, the fourth highest peak on the island where hikers are rewarded with stunning 360 degree views over Whitehavenn Beach, Hill Inlet, Pentecost Ilsand and the Whitsunday Passage.  If that's too much for the tropics, try the new trail at Langford or gear up for the 1.2 km return hike due to open on Border Island in last 2018.

Back on the mainland, the Airlie Beach Foreshore is set to emerge from a $6.3 million redesign next February with the rider for lazy lagoon travellers complete: new shade structures with BBQs, mobile charging stations, drinking fountains, festoon lightning, 120 market stalls, 65 extra car parks, a new playground and more than 180 new trees and palms. Can't beat that!

The upgrade coincides with the re-opening of the hugely popular Airlie Beach Hotel two months ago following extensive refurbishment, a $6 million dollar revamp of Blue Horizon Resort, a $5 million overhaul of at Waters Edge Resort currently underway and a $1.6 million retread to Coral Sea Resort and Beach Houses. Not to be left out, the family friendly BIG 4 Adventure Whitsundays, which celebrated 25 Years of ownership last month, is set to unveil seven new two-bedroom cabins in time for Christmas, while Mirage Whitsundays has opened an in-house restaurant and spa, plugging a much-needed pamper gap around Shingley Beach.

Airlie Beach's Cinderella effect has rippled into the northern towns of Proserpine and Bowen, with the opening of a $1.7 million Proserpine Water Park and Camp Island (https://www.campisland.com.au), an exclusive Great Barrier Reef island three km offshore from Abbott Bay, and 50km north of Bowen. Currently undergoing renovations and upgrades under new ownership, this tiny jewel is the second-most northerly island in the Whitsundays Group dishes up four stunning ensuited bungalows and a very sexy central lodge. The island is fully self-catered, but the owners will order and collect provisions with advanced notice. Activities include snorkelling and diving the Great Barrier Reef, exploring Cape Upstart, crabbing and prawning the local creeks and ringing in for a sneaky hot stone massage treatment. Opening prices start from $1,500 per night. And that's for the entire island!

So that's it, enough new openings and attractions to put the Whitsundays back up on top of any traveller's bucket list.