The Nemo Nursery That's Finding Homes for a Hollywood Favourite 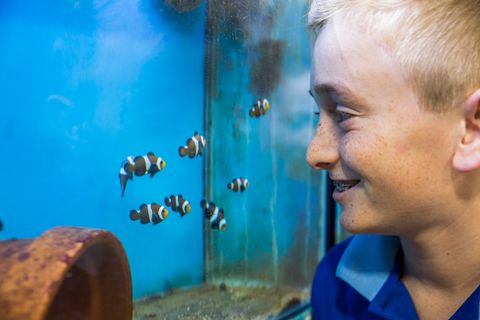 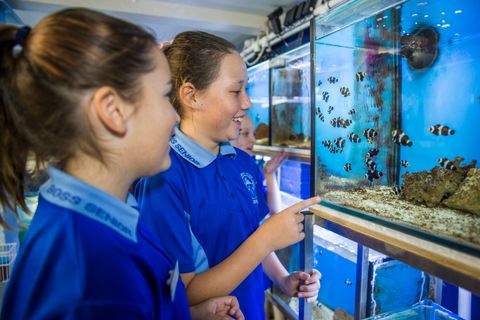 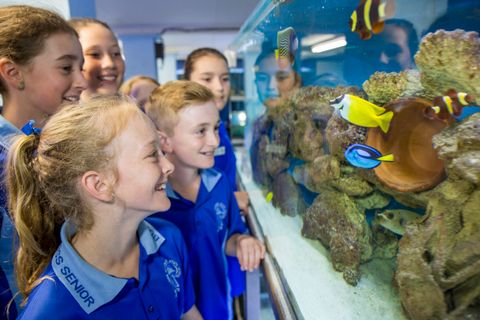 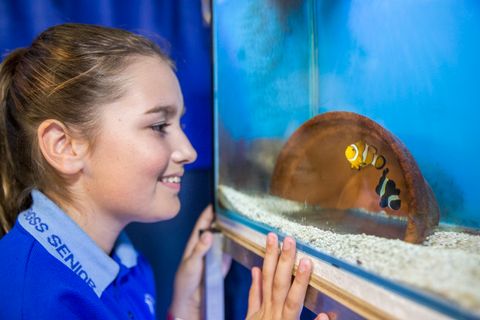 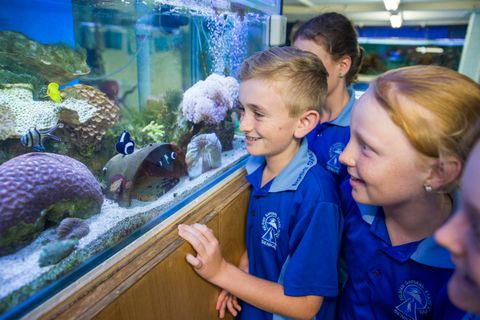 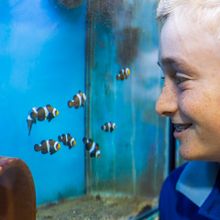 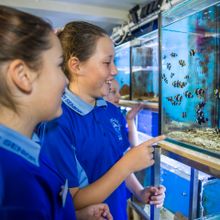 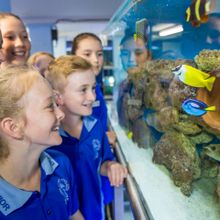 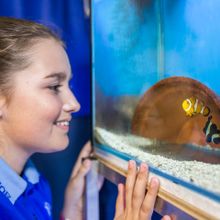 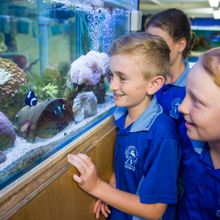 He was the little guy who put clownfish firmly on the map as an aquarium favourite, and now with Nemo and forgetful Dory set to shortly hit our screens again, no doubt many more fans will want a Nemo of their own at home.

Enter the students from Townsville's Belgian Gardens State School, reportedly the only primary school in the world that sustainably breeds clownfish for aquariums in their very own Nemo nursery.

Belgian Gardens State School Science Teacher, Brett Murphy, says “We are very proud to be the only primary school in the world to breed Clownfish, it's a fantastic opportunity for kids to have real life learning.”

The school is part of a program created by the Great Barrier Reef Marine Park Authority (GBRMPA), the agency tasked with safeguarding the world's largest coral reef ecosystem. Since the program launched in 2003 more than 200,000 children in 310 Queensland schools have earned the title of 'Reef Guardian'.

Megan Connell, Reef Guardian Schools Program Manager with GBRMPA, believes The Reef Guardian Program is critical to the future of The Reef.

“It's a fantastic way for schools and communities to work together for environmental projects that help the reef in the long term. It gives students the opportunity to really understand what's going on, on the Great Barrier Reef, and feel empowered to help towards a better future for our reef,” says Megan.

From caped kindergarten kids on beach rubbish patrol, to high school students taking underwater classes where they collect data on reef health, being a Reef Guardian is all about safeguarding the Great Barrier Reef.

“I never thought I'd have this experience ever as a kid of my age at a primary school. This is amazing,” says Xavier Hood a student at Belgian Gardens State School.

Belgian Gardens State School has been a part of the Reef Guardian program since it launched in 2003, the same year Finding Nemo first hit the big screen.

Their clownfish breeding program has grown so successful, they raised 100 baby Nemos in 2015 at their aquarium called Reef BG.

“It's all hands on; there is lots of science involved,” says Science Teacher Brett Murphy.

It might sound simple but raising Nemos is anything but child's play, so teachers and students rely on the help of experts to get the project off the ground.

Megan Connell, who is based at the Reef HQ Great Barrier Reef Aquarium in Townsville, says “Reef Guardian (Program) works with the school to assist them to know how to look after the fish, assist them in learning about the water quality, and also we provide fresh water to top up their BG fish tanks from time to time.”

Reef HQ Great Barrier Reef Aquarium is home to the world's largest coral reef aquarium, and holds some 120 species of corals, and 150 species of fish.

“The students have to calculate how much live food is needed for the babies (and) then add that to the raring tank. They also make observations each day to make sure the babies are healthy and we also give a clean fresh water change every day as well,” says teacher Brett.

Student Olivia Yates says “You get to learn about them in person rather than someone else telling you what to do.”

While they're breeding future eco-warriors at Belgian Gardens State School, the captive-bred clownfish are sold to the public for aquariums, to help protect them from being taken from the wild.

Teacher Brett says, “I think the biggest positive for us is that every Clownfish that we breed here at Belgian Gardens is one less (fish) being taken from the reef. Clownfish are a vulnerable species and we can make that little bit of difference for them.”

“That's really good news for The Great Barrier Reef,” adds Megan. “Because they can continue to breed and multiply out there. It also means that almost every aquarium here in Townsville has one of Reef BG's Nemo fish.”

The school not only breeds the traditional Nemos, they also have started breeding the rare black and white Clownfish.

“The black Clownfish, not many people get to see them in the wild. Having them at school is a really cool opportunity for most of the kids to see,” says student Anneke Everson.

While they haven't starting breeding their own Dorys, the students at Belgian Gardens State School raise their own sea horses, propagate coral and use all that 'fish poop' from the aquarium to grow fruit and vegetables on the school grounds.

The Reef Guardian program has proved so successful it's now being adopted around the world.

“There's a Reef Guardian Program in the Caribbean. We work with some Reef Guardians in Canada and we often get interest from around the world to join Reef Guardianships because everybody worldwide wants to help look after our Great Barrier Reef,” explained Megan Connell.