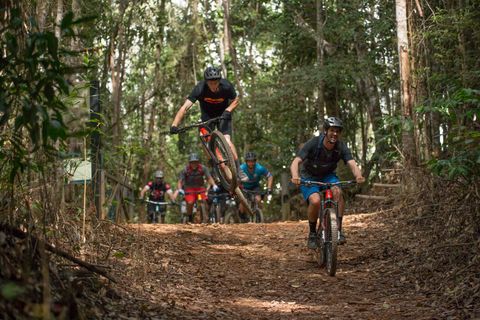 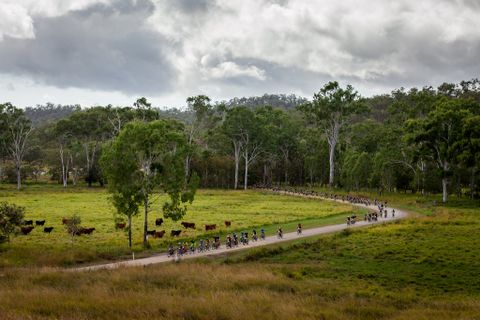 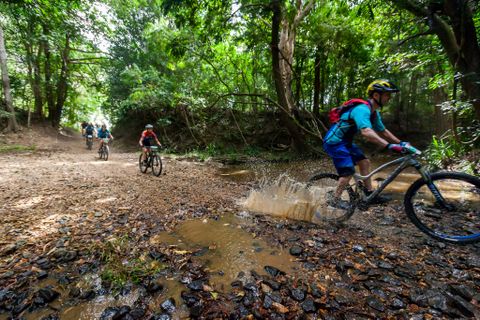 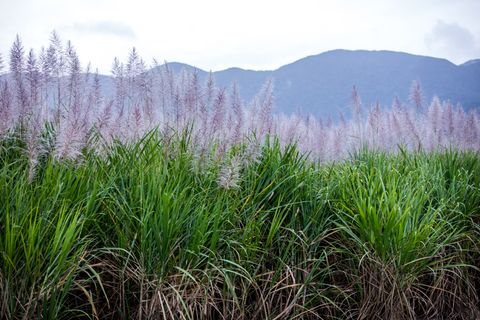 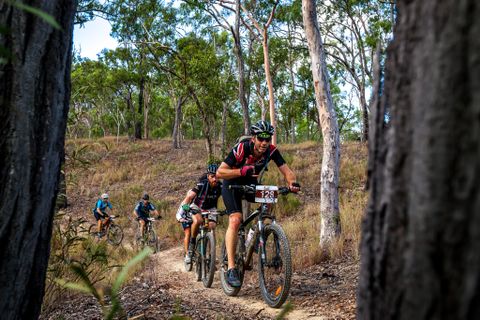 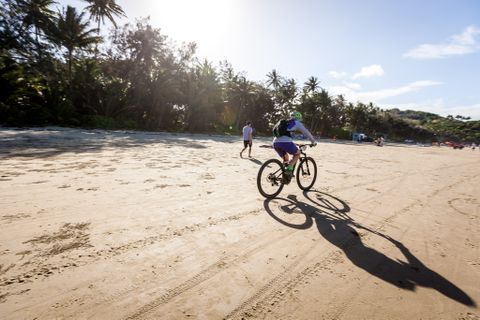 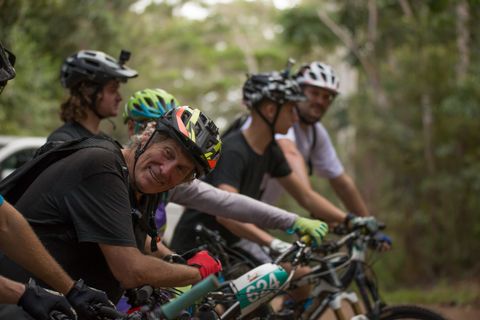 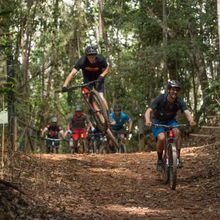 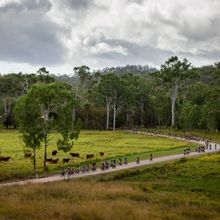 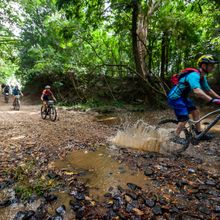 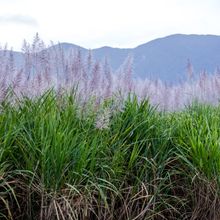 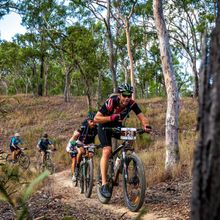 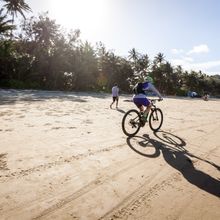 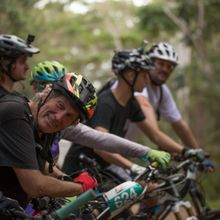 Australia's longest running point-to-point race, the iconic Triple-R Mountain Bike Challenge (formerly the RRR) – itself conceived on a track that gave birth to resort wonder-town, Port Douglas, over a century ago – just got bigger.

Taking pole position as the world's most epic course on pure scenery alone — hurtling down the western edge of the Great Dividing Range, through rainforest and cane fields, before finishing on Tropical North Queensland's famed Four Mile Beach — the 'bucket list' track has inspired a mega new event.

Kicking off next August, a rad four-day mountain bike stage race, Reef to Reef, created under the global IRONMAN umbrella and one of more than 100 of Australia's best live events in the best destinations, as showcased on the It's Live! in Queensland calendar.

Now, that's gold! Particularly given the Triple-R (short for Rural, Rainforest and Reef) takes in the Bump Track; an historic trail carved out by gold miners, leading to the establishment of Port Douglas in 1877.

In fact, so important was the Bump Track that, until 1933, when the Captain Cook Highway was opened, it remained the only road out of Port Douglas.

During World War II, amid fears of potential invasion, land mines were laid along a half-mile section of the track, only to be detonated after the war.

It was not until the 1970s that local motorcycle enthusiasts re-opened the Bump Track, before seventh-generation Cairns local, Glen Jacobs – best described as Yoda in international mountain bike circles – expanded the trail to create the Triple-R in 1991. Read more about the man who, through his company World Trail, has created every world cup, world championship and Olympic course in Australia and hundreds of recreational tracks and trails in more than 20 countries.

Since 2010, the Triple-R (35km Classic or 70km Endurance) has been part of the multi-sport Cairns Airport Adventure Festival (6-11 June 2018), culminating with the Cairns Airport IRONMAN Asia-Pacific Championship and IRONMAN 70.3 Cairns.

Glen Jacobs rides it every year: “I just love the Triple-R – and, all around Australia, when people tick their bucket list off, they want to go and ride the Triple-R one year in their mountain bike life.”

Nodding its cap to mountain biking as the fastest-growing adventure recreation sport on the planet – also echoed in the fact mountain bike tickets for the Gold Coast 2018 Commonwealth Games were among the first to sell out – IRONMAN raises the curtain on the inaugural Reef to Reef just four months after the Commonwealth Games, from 9 to 12 August 2018.

Importantly, the new mountain bike event retains the one-day Triple-R as a hero race on 12 August (offering both the 35km and 70km course), coinciding with the final day of the four-day Reef to Reef.

On your bike! Tropical North Queensland – the only place on Earth where two World Heritage-listed icons meet (Wet Tropics Rainforest and Great Barrier Reef) – is home to 700km of documented mountain bike trails, catering to all levels, from first-timers to pro-riders. Check out Ride Cairns to browse all options, from Cairns to Kuranda, the Atherton Tablelands, Cassowary Coast, Port Douglas and Daintree.

Did you know? Mountain biking is the new skiing! Click here to find out why or take a virtual adventure through some of the most spectacular scenery on Earth.