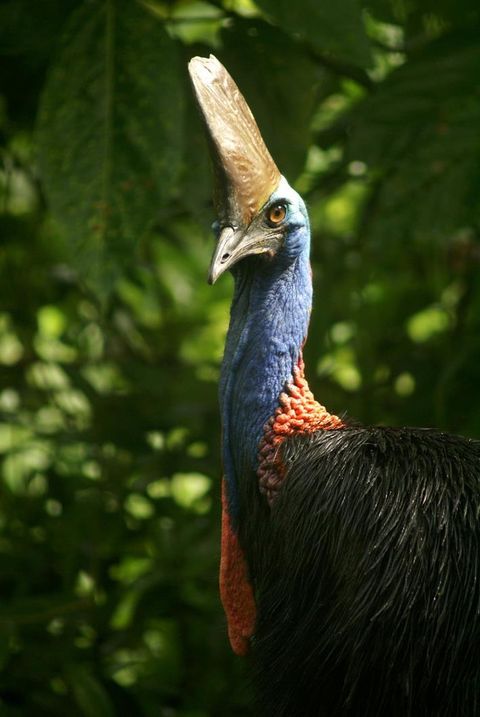 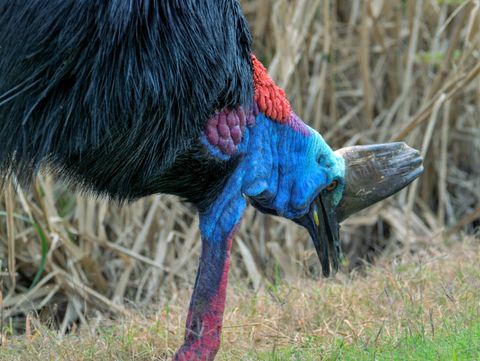 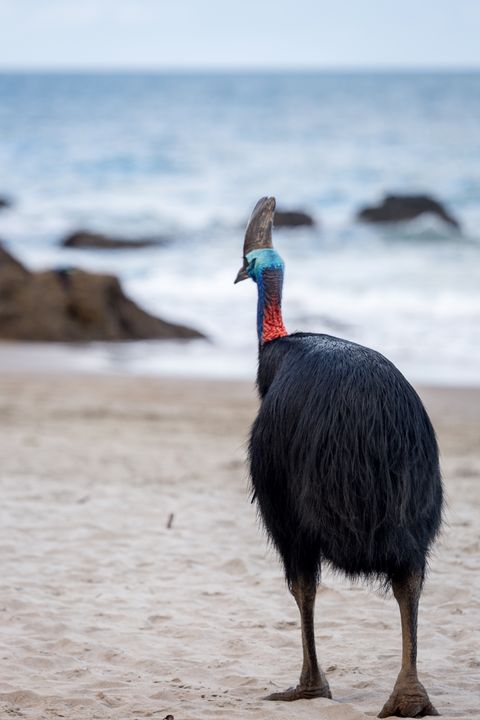 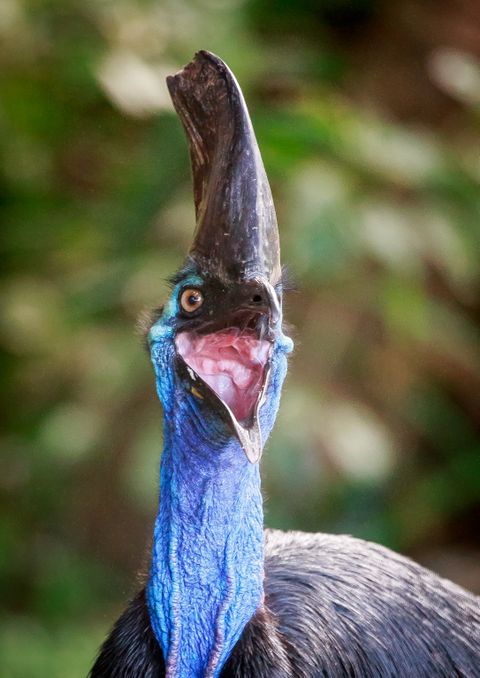 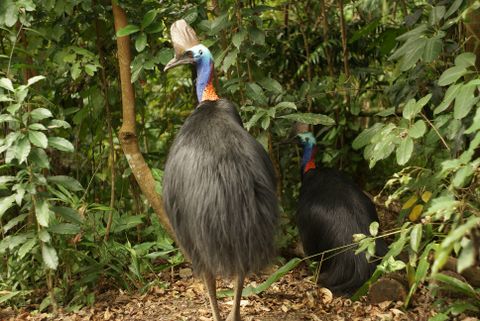 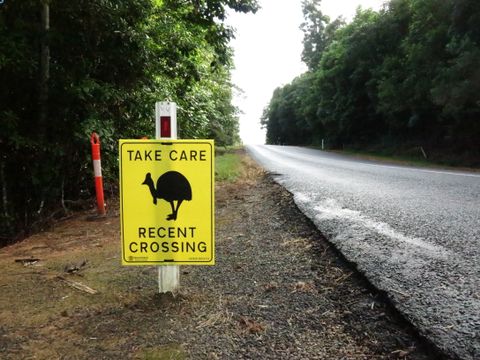 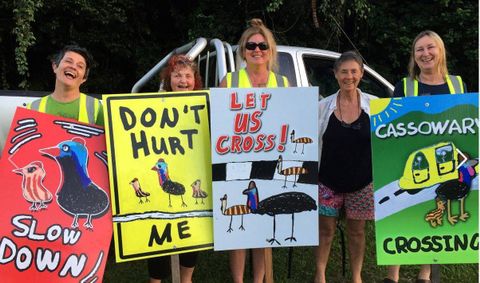 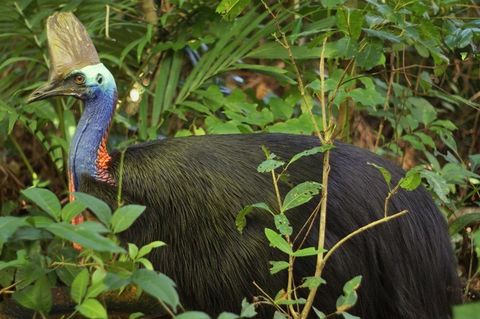 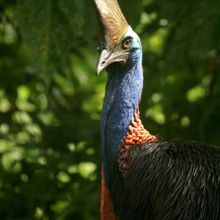 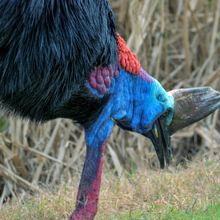 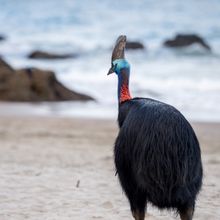 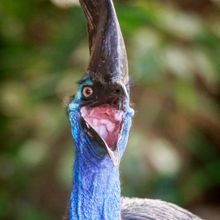 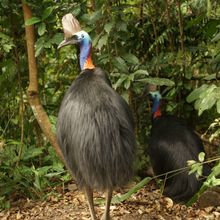 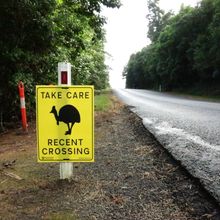 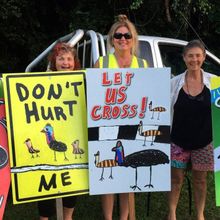 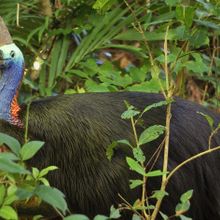 As Tropical North Queensland gears up to celebrate World Cassowary Day on September 24, 2017 to raise awareness of the threats against Australia's second largest bird, Mission Beach conservationist, Liz Gallie, believes the best way to ensure the species survives is to “slow down”.

Ms Gallie is part of a group of community wardens mobilised to erect bold signs along the major access points into Mission Beach warning motorists to drop their speed. Created by local school children, the colourful signs are put up as soon as a cassowary is sighted.

Hailed as the cassowary spotting capital of Australia, Mission Beach some 140 km south of Cairns, is home to an estimated 100 adult cassowary birds including Ms Cass, Joov, Bella, Tricia, Goondi and Cyrilina.  The cassowaries can be regularly spotted foraging along two of the region's four cassowary corridors, which also cross the major access points.

“Tourism is a Catch 22,” said Ms Gallie. “We want tourism. We want to be known as the cassowary capital, but that also increases traffic.

“Cassowaries can run up to 50km an hour, but they are no match for the 80km per hour speed travelled by cars. The key is to slow down and to drive with the expectation that you will see one around the corner, or over the next crest.”

“We want to become the 'slow down town'. We want visitors here to relax, to walk through the rain forest and to quietly enjoy this beautiful bird.”

Ms Gallie added that cassowaries are an iconic species and from a conservation point of view, they are also a keystone species.

“People come from around the world come to see our biodiversity and the cassowaries is the highlight.”

The fourth World Cassowary Day will be held at Fogarty Park in Cairns on September 24. This free event is designed to celebrate the Southern Cassowaries and the actions that local communities are taking to protect this species and their habitats.

Jammed with conservation stalls and children's activities, it's also a chance to share information about how the community can redress cassowary threats such as sourcing funding from the private sector to buy back and protect cassowary habitat and changing driver behaviour.

About Cassowary Spotting in Mission Beach:

With only 4000 birds left in the wild and a thick rainforest camouflage, finding a 60kg bird, some as big as two metres and bearing brilliant-blue necks and red wattles, is not easy.  Here are Liz Gallie's top tips for safe cassowary spotting in Mission Beach.